Contains threads on Royal Navy equipment of the past, present and future.
Post Reply
75 posts

How long would Hunt-class stay in service? Next 10-20 years?
Fortune favors brave sir, said Carrot cheerfully.
What's her position about heavily armed, well prepared and overmanned armies?
Oh, noone's ever heard of Fortune favoring them, sir.
According to General Tacticus, it's because they favor themselves…
Top

The first replacement MCM ship is not expected before 2028 at the earliest, so it is anything from 10 years upwards.
You might also know me as Liger30, from that great forum than MP.net was. 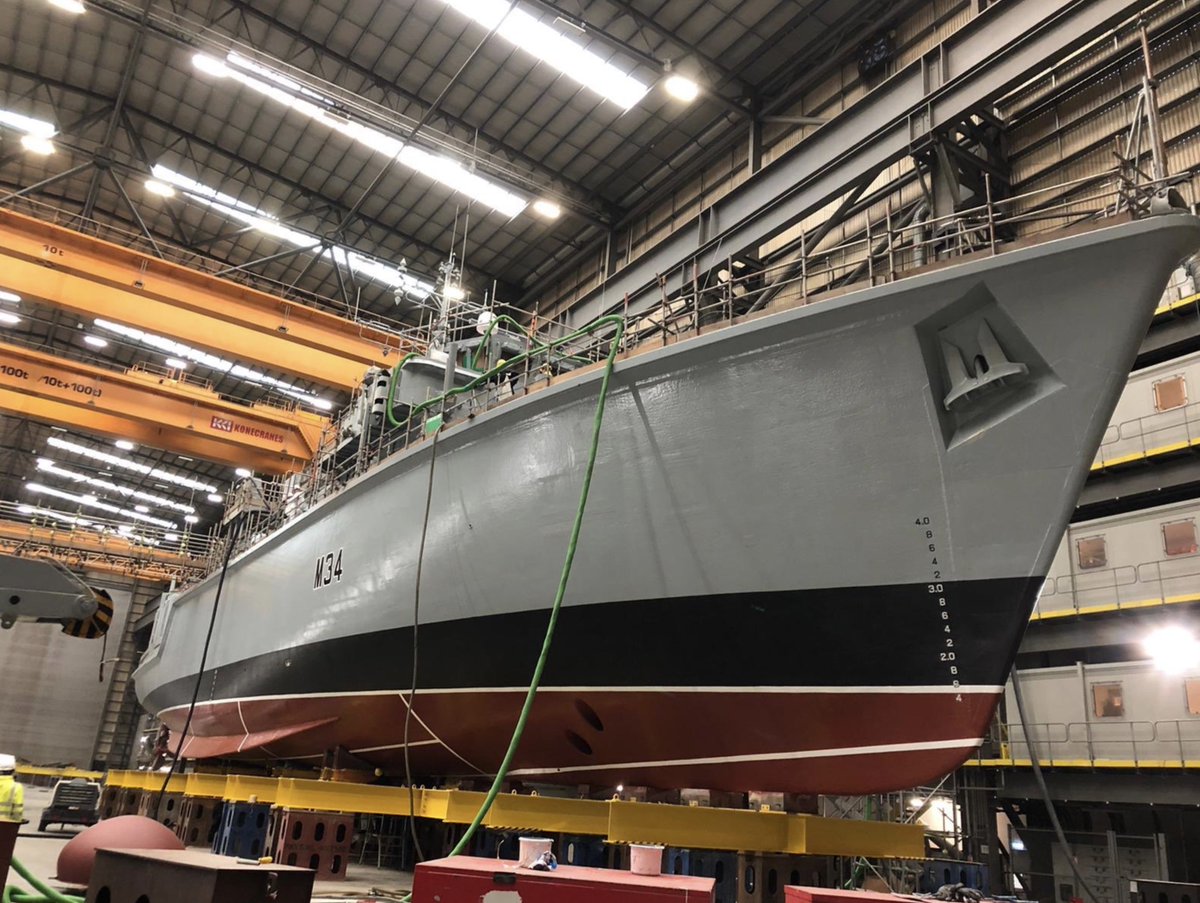 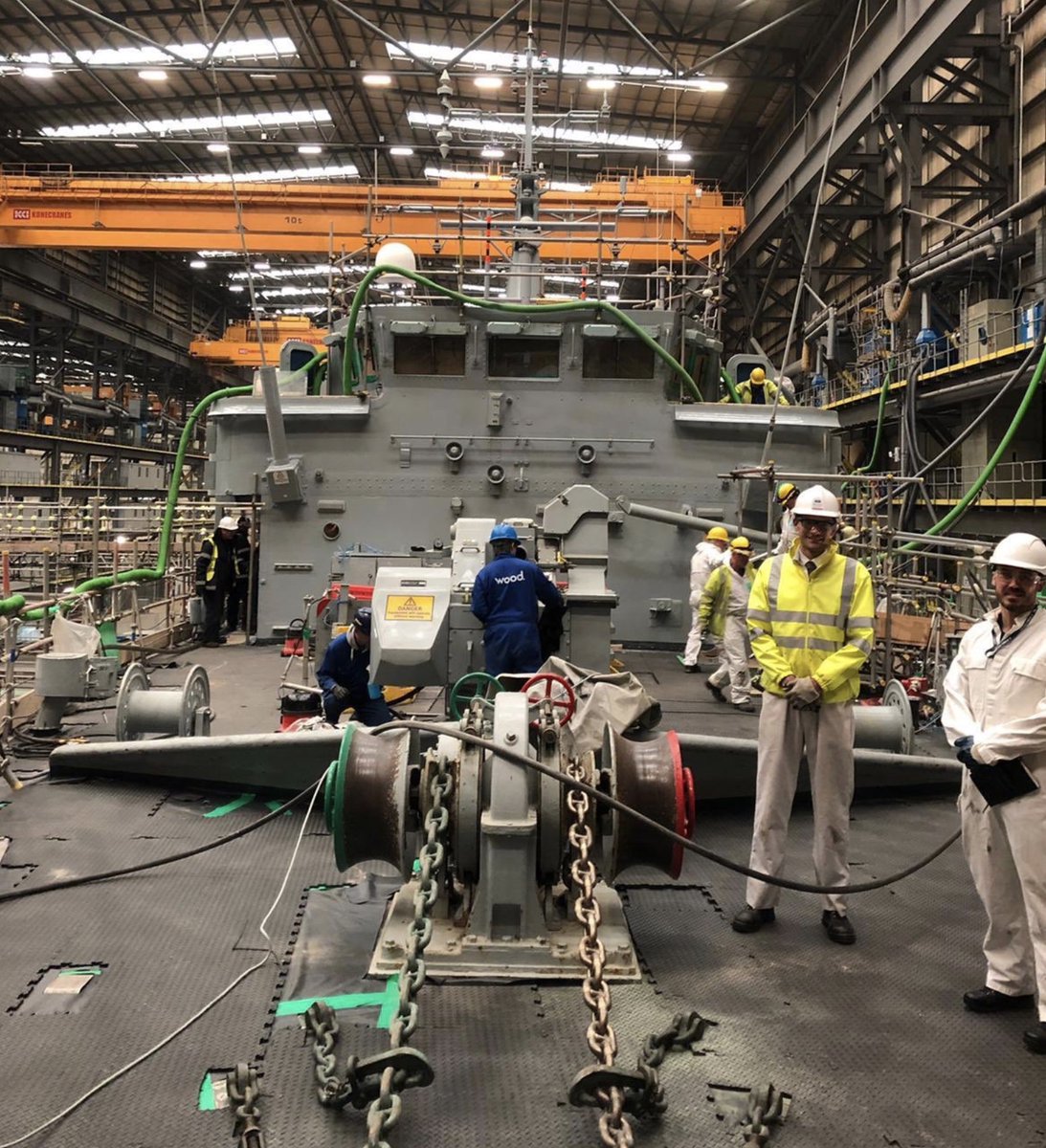 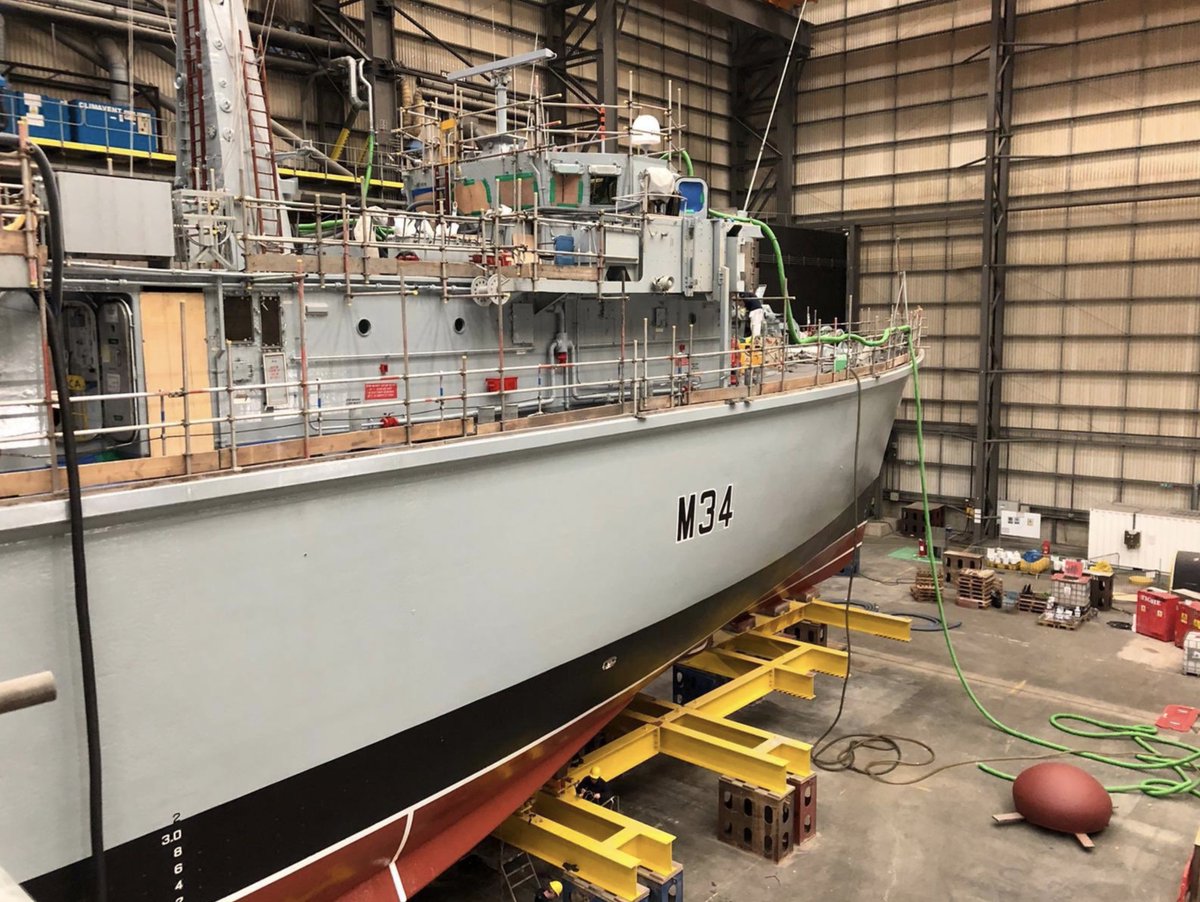 Is it me, or could this "Minor War Vessels Centre of Specialisation" actually take two 150m plus hulls side by side?
The pessimist sees difficulty in every opportunity. The optimist sees the opportunity in every difficulty.
Winston Churchill
Top

Caribbean wrote:Is it me, or could this "Minor War Vessels Centre of Specialisation" actually take two 150m plus hulls side by side?

The ship hall was built over HMNB Portsmouth's 13 Dock when Vosper Thornycroft moved to Portsmouth in 2003 and built:
MV Triton (trimaran hull research ship)
All the Batch 1 River Class
All the Amazonas Class (Brazil Navy)

BAE moved all ship building to Glasgow in 2013 (for the 2014 Scottish IndyRef). In 2016, the former Portsmouth shipbuilding ship hall was reopened for repairing minehunters and other small craft.
Top

Thanks for the info - for some reason it had escaped me that they were quite so substantial. No idea why

You could probably squeeze up to six Hunt class inside the hall. 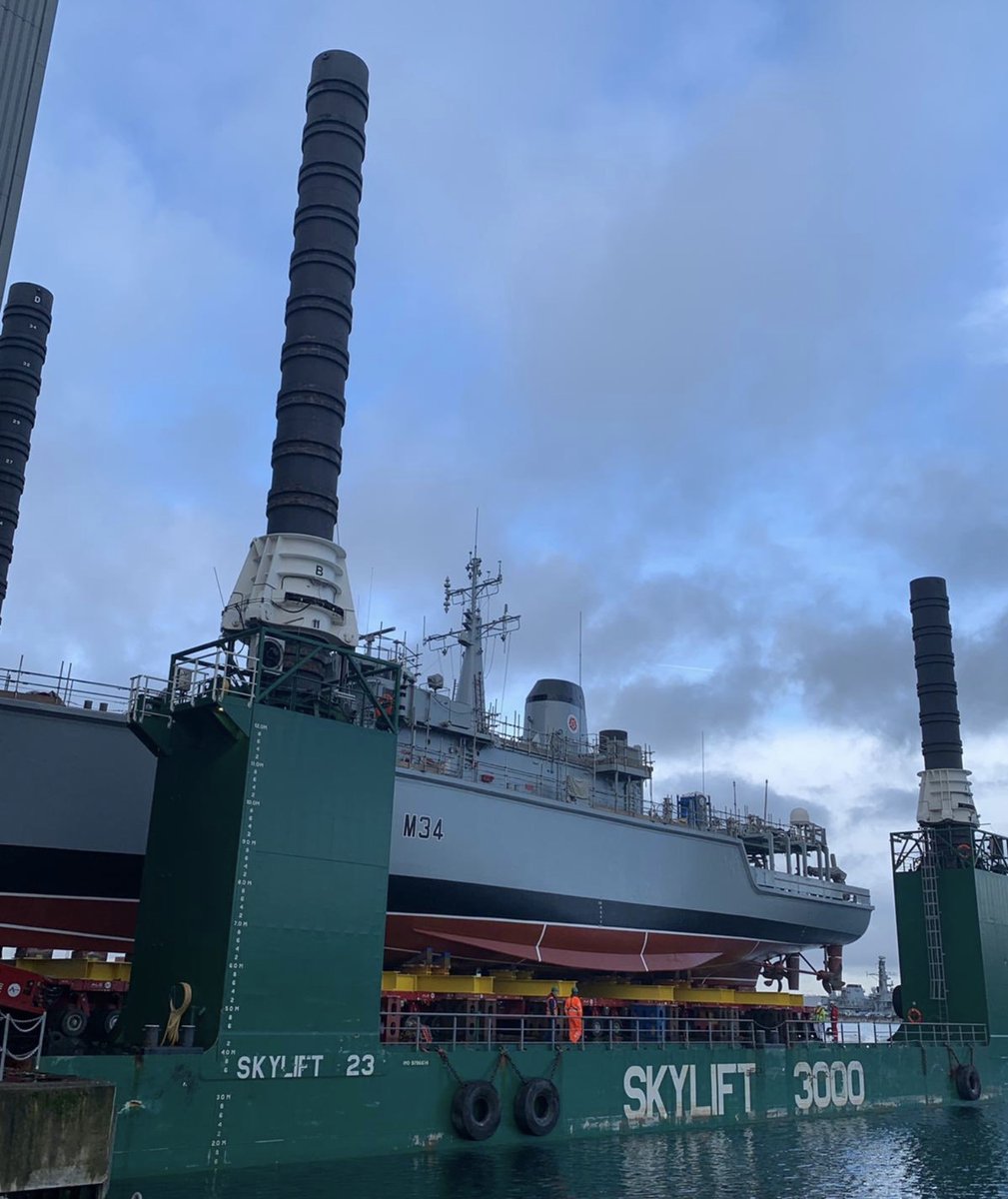 The Lithuanian Navy (Lietuvos Karinės jūrų pajėgos) is looking to expand its fleet of Skalvis-class Mine Counter Measures (MCM) vessels (ex-Royal Navy’s Hunt-class) with the procurement of a third hull to be overhauled and upgraded.

The Royal Navy decommissioned two Hunt-class vessels in December 2017: HMS Atherstone and HMS Quorn. These two vessels are the most likely candidates for the Lithuanian Navy requirement.

After spending a period alongside in extended readiness, Atherstone was lifted out of the water into the "Minor War Vessels Centre of Specialisation"; the former shipbuilding hall at HMNB Portsmouth in December 2016 in readiness to enter refit. However, in October 2017 it was revealed that the planned refit would not take place and Atherstone would be decommissioned on 14 December 2017.

The means of disposal for GRP Warships should already be known, I do not recall that HMS Wilton (The first GRP MCMV) was ever sold.
Top

Scimitar54 wrote:The means of disposal for GRP Warships should already be known, I do not recall that HMS Wilton (The first GRP MCMV) was ever sold.

She was sold to Eseex Yacht Club and is now their clubhouse in Leigh On Sea.
Top

So I discovered after posting!
Top

A Greek Navy minesweeper was badly damaged after colliding with a much larger containership off Piraeus port.

The incident involved the Navy vessel Kallisto and the Maersk Launceston, a Portuguese-flagged containership owned and managed by J.T. Essberger.

All 27 crew members of the minesweeper are safe and accounted. Two suffered relatively minor injuries, a statement from the Hellenic Coast Guard said.

The Kallisto has since been towed to the Salamis Naval Base.

Maersk Launceston was not damaged and has been detained by the Central Port Authority of Piraeus while an investigation in being conducted. Reporting indicates that the captain of the containership may have been arrested or detained.

still floating after that speaks volumes about the design
Top

Cant see her being repaired....

Towing of the unfortunate N / THI Kallisto from tugs (translation)

Hellenic Navy Kallisto M63 departs from Piraeus Port after one day stay due to Epiphany Celebrations on 6.1.2015 The video is taken by Petros Psarras

These users liked the author SKB for the post:
wargame_insomniac

These users liked the author SKB for the post:
donald_of_tokyo