Contains threads on Royal Air Force equipment of the past, present and future.
Post Reply
2807 posts

Lord Jim wrote: ↑11 Jun 2022, 23:26 I would have no issue with both Germany and Spain joining the development phase of Tempest. It would be the production phase where I would want to lock both down to whatever number they decided to purchase to ensure we did not repeat the issues that arose in the Eurofighter programme. I see these two phases of Tempest as separate so Germany could contribute to teh development side with no commitment to buy the platform at the end, like Sweden appears to be at present.

We don’t need Germany near ANYTHING we build in future. It’s just not worth it. So many better options. A high cost competitor with Pacifist leanings and a deep economic relationship with Russia?
. In the words of the current CEO of Dassault :
“Tornado and Typhoon were essentially British products”

These users liked the author SD67 for the post (total 2):
jedibeeftrix • wargame_insomniac 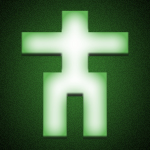 TheLoneRanger wrote: ↑12 Jun 2022, 13:08 India is approaching the point where it will/want to break free of France and their very expensive products

Well, that's going to be a lot of disappointed corrupt Indian politicians & defence contractors, so looking forward to their brown envelopes, stuffed with cash, under the table bribes, that the French so lavishly dole out to secure contracts in that part of the World.

Its amazing how many expensive apartments in the upmarket areas of Paris change ownership, in the couple of years following the signing of a multi Billion Euro French defence contract

Well if the Germans leave or get kicked out of the FCAS programme, their defence industry will force their Government to try to join Tempest and in tat case it would be on our terms. The next phase in the programme is actually developing the best ideas that have come up in the current phase to a level they could be incorporated into an existing platform like Typhoon and Gripen. Workshare doesn't really come into to it , as basically if you thought of it you develop it. It will be after that, that any platform development will really start to take place and any work share agreed then. So get Germany involved for the 2025 to 2035 development phase which would benefit their Typhoons if they wished, with fresh negotiations for anything after that. They do bring a big cheque book with them, and the next phase is going to get expensive regardless of what new processes are used.
Top

Germany has a big checkbook but they also have a big industrial appetite.

They've just set out a different and inferior radar purely for nationalistic / industrial reasons. I believe they're still blocking Typhoon sales to Saudi Arabia. German involvement these days probably rules out any sales to Eastern Europe as well.

And in practical terms Typhoon block 4 / block 5 plus new build F35A will sort them until about 2050 by which time Tempest is a mature in production product.
Top

I am shocked people think that Germany is a viable industrial partner given their decision making over Ukraine.

Best the UK keeps Germany and France at arms length until Tempest is done - and then they are welcome to buy them off manufacturing lines in the UK ..

If SCAF falls through the Germans will probably look to license product a US 6th Gen platform, as they repeatedly did prior to Tornado and Alpha Jet.
Top

You think the Yanks will let just anyone build their 6th gen's? Especially a country that has been dragging its feet against Russia? I have my doubts about that...

These users liked the author Little J for the post:
wargame_insomniac

They didn't let Australia or Japan get anyway near F22, even as plain old customers.
Top

To be fair they are letting Italy build F-35
Top 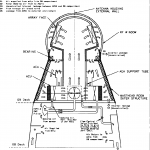 They're assembling F35s. And many of the partner nations have had access to design material for their own inputs (the UK more than anyone else). The F35 is far more multinational than the US 6th gen NGAD will ever be.
Top

So it could be like the F-35, with Germany assembling the aircraft and possibly adding some of their own input like the Israelis have been able to do so with their F-35s. Whatever happens Germany will need a 6th Generation platform and it will be one of the few NATO members who can afford to buy such a platform in reasonable numbers. We for instance will not be replacing the Typhoon with Tempest on a one to one basis, so we could actually have less than 100 in service at any one time.
Top

Reality check - Israel is an outlier on many levels.

We’ve been the only tier 1 partner on F35 for 20+ years and we still don’t have Brimstone or Storm Shadow integrated.

IMO if Germany want to buy Tempest they can negotiate some local assembly as part of their purchase contract just as the saudis did for Typhoon and Poland are doing for Brimstone. But that’s a 2040s discussion
Top

Very trues, we were just looking at the alternatives Germany may have if SCAF fell through. Anyhow maybe we should steer things back in the direction of Tempest.
Top

Interesting viewpoint on the future of war/airwarefar from the lesssons learnt from Ukraine. How it will affect the Tempest programme is interesting.

These users liked the author TheLoneRanger for the post:
jedibeeftrix

Interesting view point is one way to put it. Have to say it’s one of the worst articles I’ve read.

according to the article Pilots are the critical part as there getting shot dwn yet the answer is more manned aircraft. Old Ukrainian aircraft and simple unmanned systems have proven resilient yet the answer is another super exquisite 6th fighter. More contradictions than a play for a multiple billion pound defence contract….

These users liked the author SW1 for the post (total 2):
Jensy • jedibeeftrix

I used to enjoy Gareth Corfields's articles when he was at The Register. Usually had a witty take on most tech matters and interesting stuff on shooting.

That said, his aviation content is pretty far from solid and his predictions on procurement and international competitions have usually been proven completely wrong, fairly rapidly.

Seems like he's cobbled together a few disparate strands from Bronk and Netherwood from earlier in the year to make an article. Chuck in some speculation about an "optionally manned" Tempest, which as we know is still at the concept stage, and it's a fairly empty piece.

The Telegraph doesn't exactly have the standards it once aimed to either.

These users liked the author Jensy for the post:
jedibeeftrix

Some detailed information about the UK/Japan's collaboration from Aviation Week.
I already like how it's going!

Current work between the UK and Japan includes studies of Japan’s Joint New Air-to-Air Missile (JNAAM), a derivative of the MBDA Meteor equipped with a Japanese active, electronically scanned array (AESA) radio-frequency (RF) seeker. More recently, Rolls-Royce and IHI Corp. have begun working on a joint future fighter engine demonstrator, which will build on IHI’s work on its advanced XF9-1 experimental powerplant and Rolls-Royce’s work on the XG240, the power system destined for the Tempest (AW&ST Feb. 7-20, p. 30).

Shortly after the announcement of the engine program, it was revealed that Leonardo UK will work with Japanese industry on the Jaguar, an advanced multifunction AESA radar program that builds on radar expertise developed in each country.

Work on the Jaguar predates the creation of Team Tempest, says Andrew Howard, Leonardo’s director for major air programs and the senior responsible officer for the company’s contribution to the Tempest program.

Details of the advanced features in the Jaguar are undisclosed, but Howard says the sensor represents a “significant development on current capability,” even exceeding capabilities for the Tempest’s Multi-Function Radio-Frequency System (MRFS), the Tempest’s UK-developed future radar. The MRFS was going to be an “iterative development” of the European Common Radar System Mk. 2 sensor being developed for the UK’s Eurofighter Typhoon, but it was intended to use more miniaturization and deliver increased power.

It also would have been the primary sensor in what Leonardo calls the Integrated Sensing and Non-Kinetic Effect (Isanke) system that will fuse and process the input from the Tempest’s sensors. Work on the Jaguar complements MRFS developments and in some areas “goes beyond what MRFS would have been capable of,” Howard says.

These users liked the author Ares for the post:
wargame_insomniac

Nice article but whenever one is written about Tempest by a UK journalist, you can, without doubt, always pick up on their underlying cynicism that it will ever fly.

Its a boring narrative that needs to change.

These users liked the author Cooper for the post:
Timmymagic

It would be great if UK and Japan can develop one single fighter to meet both countries requirements, using the best of each countries technological advances and sharing what will no doubt be exorbitant costs to get any 6th generation fighter in the air. I don't know how closely the two countries requirements align (we have seen with previous multi national projects that different national requirements can pull in different directions and often end with sub-optimal compromise choices).

But it would still be very good if UK and Japan can cooperate on signifcant elements of the programme inclusing radars and sensors, missiles and engines. I believe we would still benefit from both countries technologcal expertise and sharing of costs.

Either way hopefully the UK will be able to make decent number of sales to other European and also Middle-East nations and benefit from the boost to aeronautical industries.

These users liked the author wargame_insomniac for the post (total 2):
Zero Gravitas • Ares

I suspect that even if it were exactly the same aircraft for both Japan and the UK noone would admit it publicly. Lingering Japanese pacifism would be a real hindrance for exports. But if you can split the R&D cost on the engine and power management 59/50 well that in itself is huge

These users liked the author SD67 for the post:
wargame_insomniac

UK and Japan to merge the Tempest and FX fighter programmes by the end of the year:

"The main thing that we are aiming for is to build a common jet, that may have small differences in design for each country".

These users liked the author Timmymagic for the post:
Jensy

Anyone got an idea what the black rectangular shape between the tail fins might be? 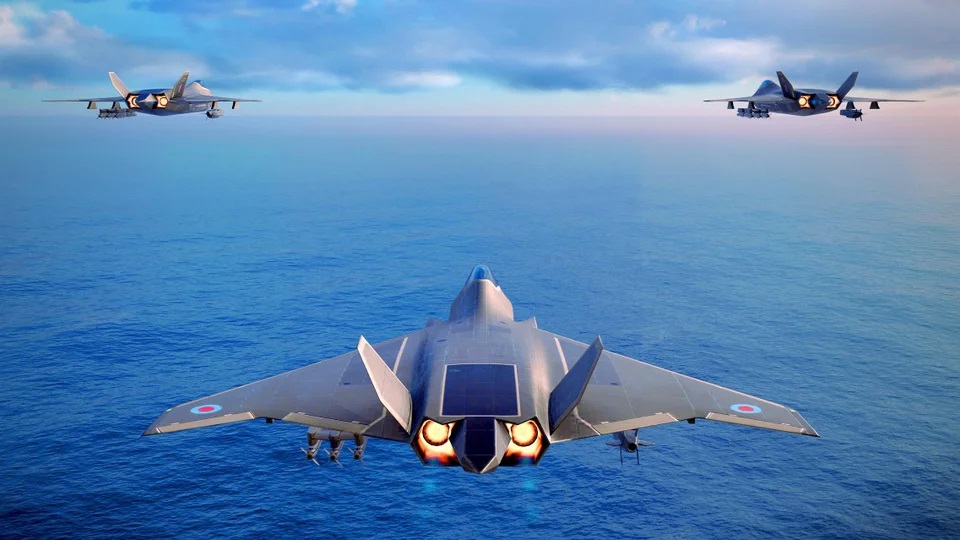