For everything else UK defence-related that doesn't fit into any of the sections above.
Post Reply
802 posts

Why Are Submarines Black?

If you have previously heard of explanations on why submarines are black, well, you need to watch this video. It's not what you think!

(Wikipedia) In early 2006, HMS Torbay (S90) was the participant in an experiment in the use of colour schemes to reduce the visibility of submarines from the air. The standard black paint of Royal Navy submarines was replaced by a carefully selected shade of blue. This was the result of research that found that black was the worst possible colour for a submarine attempting to avoid detection from the air. This change is in part the result of the changing nature of Royal Navy commitments since the end of the Cold War, with Navy operations moving from the murky waters of the North Atlantic to the clearer waters of the Arabian Sea and the Indian Ocean. 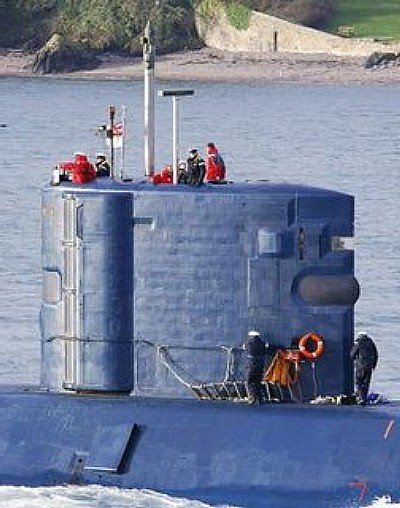 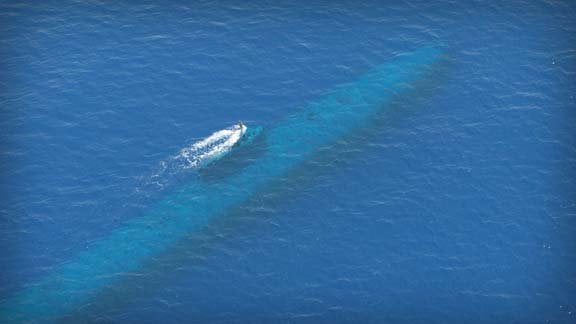 Torbay's blue didn't stay long. She reverted back to her original black and was eventually payed off in 2017.

The Daily Mail is reporting that there will be "huge cuts" to the Army, particularly the infantry
https://www.dailymail.co.uk/news/articl ... -axed.html

Caribbean wrote:The Daily Mail is reporting that there will be "huge cuts" to the Army, particularly the infantry
https://www.dailymail.co.uk/news/articl ... -axed.html

Pinch of salt and all that

The Army is in such a mess. How do they sort it out without huge additional funding (which isn't forthcoming) and without having to wait 20 years?
Top

Quite an interesting 'job description' as it is not far off from the new "Green Berets' rgmnt?

SW1 wrote:Totten is in charge of a 4,000-strong “future commando force” of Royal Marines who will “burden-share” with Britain’s elite units. They will base themselves in small numbers around the world carrying out counterterrorism operations, deterring mercenaries and responding to crises.

4000 is also a far cry from the deploy-a-bde that with all the support was hovering at 6,500-7,000
- I wonder if the assigned army units have been excluded (and also: how many of them are still assigned?)
Ever-lasting truths: Multi-year budgets/ planning by necessity have to address the painful questions; more often than not the Either-Or prevails over Both-And.
If everyone is thinking the same, then someone is not thinking (attributed to Patton)
Top

3 Command Brigade will be a wholly administrative formation with the development and introduction of the FCF. We will still have detachments for RM trained and equipped for warfare up north, and we could see 3Cmdo's supporting units be re-roles as supporting units for all the UK's high readiness, rapid deployment forces. As such they should be combined with those supporting 16AA Brigade and be trained to operate and deploy by various means in various terrain and climates. The units manning vehicles would end up with a combination of 4x4/6x6 MRV(P) , Jackal, Coyote, Foxhound and Viking derivatives. Artillery would initially be both the 105mm LG and Extractor Mk2 with Air Defence provided by pedestal mounted Star Streak/LMM as examples.
Top

Amongst all the excited chat of expanding fantasy fleets and weapons, worth remembering there are other more down to earth areas that need money spending on them.
Top

This is one of the reasons the Army has always been keen to take over RAF stations when they are no longer needed by the latter. The RAF has always be better at maintaining its Service Accommodation compared to the Army. However if they fail to properly maintain them after moving in the same issues arise.
Top

If you mean SFA then it's all under the same contract, doesn't make any difference who uses it.
Top

The list of Projects and Programmes listed towards "Modernise & Integrate" Whole Force has moved quite a bit away from being just hardware focussed, but finding information on housing specifically is not straightforward: e.g. what happened to the Service Chiefs' call to bring back the control from an outsourcing deal that had badly derailed ongoing provision, while concentrating on heaving off surplus land (for profit... just like what happened with railway infrastructure: the tracks will look after themselves so let's concentrate on selling city centre estate where possible).

Cyber Resilience Programme
Digital Strategic Workforce Plan
Defence and Security Industrial Strategy
Novel Weapons Programme (?)
Future Combat Air System
Ever-lasting truths: Multi-year budgets/ planning by necessity have to address the painful questions; more often than not the Either-Or prevails over Both-And.
If everyone is thinking the same, then someone is not thinking (attributed to Patton)
Top

Amongst all the excited chat of expanding fantasy fleets and weapons, worth remembering there are other more down to earth areas that need money spending on them.

Landmarc Support Services (Landmarc) and the Defence Infrastructure Organisation (DIO) have announced their win at the Premises and Facilities Management (PFM) Awards last night, in the ‘Partners in Expert Services – Large Estates’ category, for the management and operation of the Ministry of Defence’s (MOD) UK Defence Training Estate.

The PFM Awards are one of the longest-running events in the facilities management industry, recognising the essential role that effective partnerships play in delivering service excellence, and rewarding the very best examples of these through an independent judging panel.

Landmarc and DIO have worked collaboratively for nearly two decades to provide the expert services that enable the Armed Forces to live, work and train on the UK Defence Training Estate. This includes the management and operation of training areas and ranges, explosives safety, built and rural estate management, accommodation services, environmental, and conservation support and project management.
Top

SW1 wrote: the management and operation of the Ministry of Defence’s (MOD) UK Defence Training Estate.

I tried (and failed) to find out more about the status of how the premises where people (serving members, and their families) live day to day
... been a hot potato ever since it was decided to bring the army 'back' from Germany (may have been before that, too, can't remember that far back)
Ever-lasting truths: Multi-year budgets/ planning by necessity have to address the painful questions; more often than not the Either-Or prevails over Both-And.
If everyone is thinking the same, then someone is not thinking (attributed to Patton)
Top

The RAF don't seem to be having the same problems with their leasing contract for service accommodation..
Top

Lord Jim wrote:The RAF don't seem to be having the same problems with their leasing contract for service accommodation..

Back in the early 2000s the RAF sold all its quarters to a property form which was bound to maintain a certain number of Quarters which the RAF leased back. The balance were sold of to first service and MoD personnel and then the general public. This led to people camping out for weeks to get on the first come first buy system that was in place. The houses were all in reasonable nick and went for half the market price for a similar two three or four bed house. They were also bigger. Anyway as a result the company is contractually bound to maintain the quarters to a certain standard which I believe has prevent the RAF having the same issues as the Army, whose Quarters were always poorer than the RAF's anyway.
Top

I think you're mistaken, pretty sure all the MoD quarters were sold in the mid 90s when portillo was Defence Secretary.
Top

Lord Jim wrote:bound to maintain a certain number of Quarters which the RAF leased back

Like I said, trying to find out has been not easy on the interwebs that usually abound with details ... commercial contracts may have only a headline released?

Lease backs are a normal biz practice for companies that operate in busy (capital) hubs and are releasing capital, for it to be redeployed for more profitable business purposes/ investments.
- using the same construct in less 'multi-purpose' situations may not be as sound (as for releasing capital). But again, @LJ seems to have a better recollection (and as for @topman comment that just appeared: if the statement was true, the privatisation contracts, ie. to take the stock, to service it and then - while doing it - develop new housing on the 'excess' land, would not have caused such a 'big stink'??)

Looking at it from afar, the relocating of the army (back from Germany) seems to have
A. been giving birth to these super-garrisons, which are reaping [err, future continuous tense might apply] the benefits of doing 'one Corps' technical training in a more concentrated way, and
B. been driving a lot of 'green field' housing -thus of high quality - in those locations, but
C. the move still overwhelmed what was available at this end (and was, indeed and officially, slowed down by one year purely for that reason)
Ever-lasting truths: Multi-year budgets/ planning by necessity have to address the painful questions; more often than not the Either-Or prevails over Both-And.
If everyone is thinking the same, then someone is not thinking (attributed to Patton)
Top

Well I bought one of those surplus RAF Quarters, whilst I was still working for what was the DLO and still live in it.
Top

The United States is concerned that Russia may take aggressive action amid tensions over the Belarusian-Polish border and an increasingly tenuous situation with Europe's natural gas supply.

Fears of a possible military operation were partially sparked by a buildup of Russian firepower at its border with Ukraine, Bloomberg first reported.

US officials have briefed their European counterparts but their assessment is also based on insights they haven't yet shared with EU allies, people close to the story told the outlet.

A coordinated collective response wouldn't be possible until all that information is shared amongst them.
Top

SW1 wrote:Fears of a possible military operation were partially sparked by a buildup of Russian firepower at its border with Ukraine

The dailymail graphic put the additional Ukrainian soldiers on a wrong border... but nevermind. There's more substance to this one "Ukraine's President Volodymyr Zelensky accused Putin of intentionally engineering the gas crisis in Europe " as Putin's opening gambit was to force Nordstream2 to open, but now the Belorussian strongman is trying to take a piggyback ride on the back of that one, by threating the blocking of the existing pipelines running through, to further West.
- as in the article, the CIA has already shared with Putin about the troops buildup (but not with European allies, it seems)
- and Merkel has called Putin directly about gas and migrants trafficking

Our 'moat' might stop the migrants' wave, but hardly the surge in gas (and therefore electricity) prices.
Ever-lasting truths: Multi-year budgets/ planning by necessity have to address the painful questions; more often than not the Either-Or prevails over Both-And.
If everyone is thinking the same, then someone is not thinking (attributed to Patton)
Top

I would say our "Moat" is being breached quiet effectively at the moment with up to 1000 a day crossing.
Top

Unless we STOP this, it will continue to be an ever increasing tide !

For those serving, have you seen or heard of any action against those not vaccinated?

Heard a few places that are looking to post people away from certain posts.
Top

Heard a few places that are looking to post people away from certain posts.