Contains threads on Joint Service equipment of the past, present and future.
Post Reply
145 posts

Yep following in the p8s footsteps there, though it maybe 60 years old 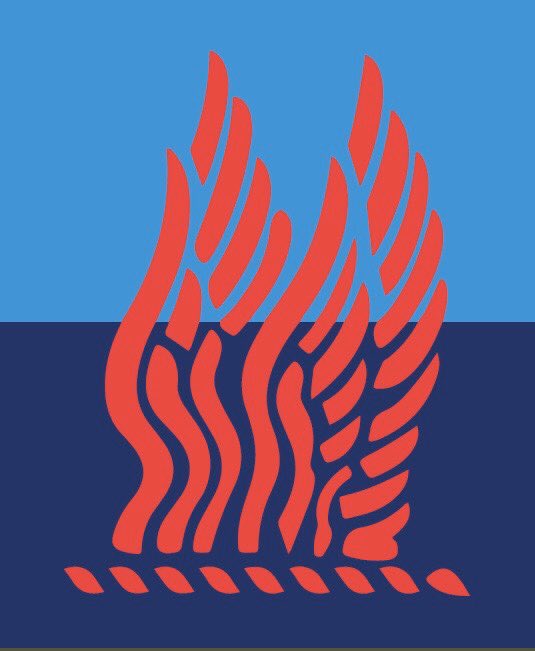 And no, in case you are wondering, it is NOT an April's fools.
You might also know me as Liger30, from that great forum than MP.net was.

To be more precise: a 50 year old civilian helicopter painted green that some folks here would like to see in front line combat duty.

Once again I give you;
https://www.leonardocompany.com/en/products/aw169m
Top

The AW169 is to be produced in significant numbers as Italy as selected it as its tri-service (plus police units to boot) light helicopter, mirroring France's approach with the H-160.
It will be available in good military configurations, and the italian army has specifically requested to replace the wheeled undercarriage with skids. That is an option which is readily available and which is quite advantageous on several types of terrain.
You might also know me as Liger30, from that great forum than MP.net was.

Another version from Leonardo that the Italians have is the HH139a which is also an option though it’s slightly larger. Like anything larger is more expensive. Operating costs are claimed to be cheaper for the airbus helicopter but we should know as both are in service with uk military (h145 Jupiter defence helicopter school) or government agencies (aw139 HM coastguard).

Redundancy, crashworthiness and bad weather/environmental operation now inherent in civil helicopter design brought about by there requirement to service oil,gas and para public roles makes the base airframe more than credible for military roles. the conversion to military type is far more than just being “painted green” it involves work around landing gear, seat rating, floor/ballistic protections, mounting points and the full range of defensive aids and communications systems needed on military helicopters.
Top

Tempest414 wrote:Yes H145m comes from a civi background but what the AAC needs is a armed scout that can lift 8 to 10 troops when needed so why don't you give me some other types that might fit the task that are new to the market or in the pipe line and due in service in the next 5 years

Is that 5 year threshold real?
Top

Isn't it 10 yrs earlier for Gazelles?
Ever-lasting truths: Multi-year budgets/ planning by necessity have to address the painful questions; more often than not the Either-Or prevails over Both-And.
If everyone is thinking the same, then someone is not thinking (attributed to Patton)
Top

?
Ever-lasting truths: Multi-year budgets/ planning by necessity have to address the painful questions; more often than not the Either-Or prevails over Both-And.
If everyone is thinking the same, then someone is not thinking (attributed to Patton)
Top

From one of the links above, this "cabin with flat floor can carry up to 10 troops quickly to their drop-off point or can be converted to recovery up to 2 stretchers in flight" really is the minimum requirement... and should allow for two door gunners (they might be needed while , briefly, on the ground, too). Hence a fixed MG, or just one door gunner which requires circling or other manoeuvre is not good enough
- will we see the Dillon minigun in UK service?

If you try to see where there is flex in the UK helicopter force
- attack is OK (and being upgraded)
- find is OK (Marinised Wildcats are either in combo find/ attack role, or in ASW just as torpedo carriers)
- support helicopters are OK (and being upgraded); re: this category, Puma is really a pure troop carrier rather than a multi-role support helicopter, like what Chinooks are
- and then you have the special duties (like Dauphins; Puma makes a comeback here for urban/ SF support... but we all know that it will be the first one bowing out. Keeping the Gazelles is just buying time to keep the structures until the void in the medium category will get filled)
Ever-lasting truths: Multi-year budgets/ planning by necessity have to address the painful questions; more often than not the Either-Or prevails over Both-And.
If everyone is thinking the same, then someone is not thinking (attributed to Patton)
Top

So it looks like the AAC could have 3 good options open to replace Gazelle , Bell 212 and Dauphin in the H145M the AW169M and H160M I would say H160M was a outsider due to H145 being in service already and AW169M may be in with good shot if it can be built at Yeovil.

Tempest414 wrote:But what about a replacement for Puma

AW149 would be the best choice as its built as a militay helo from the start. The 139M essentially replicates the Puma spec, but the 149 goes beyond.

However, we should have sorted this an age ago. We made a cock-up going with Wildcat, both on a performance and industrial level. As a maritime helicopter its too small for a lot of its day to day practical tasks e.g. vertrep, personnel movements including boarding teams. And its too small to make it an effective ASW helo either. As an Army helo its too expensive to be risked for scout work, too small to move anything of note. It's export markets are near non-existent as the majority of former Lynx users have gone with NH-90 or cheaper helos. And its per hour flight costs will be through the roof with a small user base. It also doesn't protect the UK's sovereign helicopter manufacturing capability as practically no sales mean no Westlands in due course...

If we'd seen sense and fully marinised the AW-139M as a Lynx replacement, on the condition that AW moved a line to Westlands we'd have achieved much, much more. Size wise its not much bigger (remember Wildcat does not have a folding tail boom and RN flight decks are all Merlin capable), it would be far cheaper to run with over 1000 in use worldwide, way more space for cargo/mission kit/personnel as well. And Westlands would have had some work for years...the Commando Helicopter Force would have been better served as well.

For the Army you could have replaced Lynx, Gazelle and RAF Puma with AW139M and a smaller cheaper Scout/Light Utility helo like the H-145M or AW-109S. And I'd bet that you could have done all that for less than Wildcat has cost in the end....
Top

Depends what you see as pumas role and what can be replaced by other helicopters already planned.
If puma is replaced then whatever replaces puma replaces merlin.

Even people from Yeovil will tell you wildcat is expensive for what it is.
Top

Hard to find a relevant benchmark, but after the Comanche (in a different category?) the next step was to develop an armed recce helo, which the US Army cancelled in late 2008, will quote from the press release:
"ARH contract was awarded [to Bell] for an expected development cost of $359 million and a procurement average unit cost of $8.56 million. Currently, DoD estimates that development will cost $942 million and the procurement average unit cost will be $14.48 million. Delivery of ARH to the Army was originally scheduled to take place by 2009, but the current projection is for 2013."
- so that 14.5 mln was over a production run of 500+
- without counting in exports

If we take USD and GBP and the very limited production run of Wildcat vs. a more 'industrialised' line, would it be possible to say that the costs landed in the same ballpark?
- and attempting it in the first place was not very realistic
- our AAC will limit the Wildcat role to finders & designators for Apaches; when it could be the other way round, letting the better protected Apaches Scout ahead and having the Wildcats fitted out in the style that the ROK Marines use them, as flying precision artillery, as a backing up 'artillery line' so that the spotting Apache could evade a heavily protected target (HQ, comms hub, logs node) and leave the 'final mile' for the imaging homing head of an Exactor fired from a further out Wildcat
Ever-lasting truths: Multi-year budgets/ planning by necessity have to address the painful questions; more often than not the Either-Or prevails over Both-And.
If everyone is thinking the same, then someone is not thinking (attributed to Patton)
Top

£30m per example in UK service.

Now for a limited naval helicopter with na data link or dipping sonar thats bad enough.
But for an incredibly limited 'Scout' (with no data link, no radar, rubbish weapons fit) its crazy.

Apache E actually costs less per example....if we wanted more 'Scouts' we could have got more Apache and used them to 'Scout' for Apache....the idea that the AAC's Wildcat will be able to 'Scout' with just a E/O turret is daft..

And if we wanted to fire Exactor/Spike NLOS from helos...we could do it from Apache.
Top

Sigh, here we go again: do we want cheap or do we want a domestic production capability? Can't have both.
Top

Ron5 wrote:Sigh, here we go again: do we want cheap or do we want a domestic production capability? Can't have both.

Ron right now we're on the course to neither...

Because what work does AW in Yeovil have on the horizon? Wildcat? A couple of examples for Bangladesh. Merlin/AW-101? HM.2 upgrades all done, Crowsnest almost done and HC.4 almost done. Losing skilled jobs and ordering in from overseas isn't cheap either.
Top

If you were going that route then you’d go aw169 for aac and aw149 for puma and merlin replacement as they share a common family support/subsystems by design and already have content manufactured in the uk.
Top

For me a AW169M with skids built/fitted out at Yeovil is the best option with a support contract with Leonardo following. It ticks all the boxes for a platform to support the Army and SF at the level intended and can have its capabilities expanded as and when the need and funding allows. Yes it could also replace the Puma in RAF service but I see those going out of service and not being replaced with the AW169s going to the AAC.

The Merlin HC4 is going to be around for a very long time given the commonality with the HM2 and their being modernised for shipborne usage.

The Wildcats could become very useful Light Attack/Scout platforms if the will and funding were there with the "Wings" allowing for a considerable load out though for me I would stick to CVR-7 with a precision guidance kit and podded cannon rather than trying to turn them into an Apache "Light". If they were reworked, including parts to marinise them should be a no brainer though. But is they also need to be sacrificed to get the AW169M then so be it, they could also do the same role at a push though armed assault maybe a better role rather than armed scout.

The Gazelles historical scouting role will probably be the domain of UAVs form now as with the abundance of ant-air weapon system around the role manned platforms are becoming too risky to use in this role.
Top
Post Reply
145 posts