Contains threads on Royal Navy equipment of the past, present and future.
Post Reply
11992 posts

My experience working particularly with the USN in joint facilities is that they always have their own SCIF (Sensitive Compartmented Information Facility) for dealing with US Eyes signal traffic mainly. I wouldn't be at all surprised if they don't have one on QNLZ and POW.

whitelancer wrote:Cant imagine what could be so secret about a power supply system. I would have thought that its more likely to be something to do with ALIS which the US seem to want to keep firmly under their control, which is a problem in itself. As for US only areas on POW if they actually exist they shouldn't.

A nice read from a fellow RAF fan ..

Radar/EMCON - any thoughts if my interpretation of the events on the shooting down of the Tehran Ukrainian passenger plane correct.

Of interest to me was the stand out comment that US intelligence claim that it was able to monitor the moment the Iranian Russian TOR-M1 AAM system low powered radar was turned on (Wikipedia quotes TOR-M1 search radar 1.5 kW / FCR 0.6 kW).

Unknown if TOR-M1 was monitored by ELINT a/c (eg RC-135), UAV or satellite, but if was an a/c or UAV should be noted Tehran to Iraqi border is approx 500 miles, so shows the long range capabilities of ELINT, and if using two a/c or UAV would be easy to triangulate position of radar/ship.

The Chinese and Russians have similar capabilities and emphasises the massive downside of using active radar on ships if you do not want to become target of Anti-Ship and Anti-Radiation missiles.

Would argue the old lesson of radio silence need to be re-learned and RN should prioritise funding into passive surveillance systems eg infra-red, if they want carrier group QNLZ-PoW to have a chance of surviving in the 21st century.
NickC

I was under the impression most RN platforms already had quite a good passive detection capability. What we could use is a low probability of Intercept radar capability to allow vessels to scan their area without giving away their exact position. This is what the F-22 is capable of, so it should be possible to transfer the capability to sea and land systems.
Lord Jim

In one of the QE TV episodes, they show the ship & escort going silent when passing a Russian warship and using flags and lights to communicate.
Ron5

The TOR-1M has a target tracking radar and provides command guidance to the missile. (A similar arrangement to SeaWolf.)

The modern Sea Ceptor and Sea Viper systems do not rely upon target tracking radars. The emissions (and reflections) from their surveillance radars are much harder to track, especially when put it to anti-surveillance mode.
Aethulwulf

Aethulwulf wrote:The emissions (and reflections) from their surveillance radars are much harder to track, especially when put it to anti-surveillance mode.

Aethulwulf wrote:The emissions (and reflections) from their surveillance radars are much harder to track, especially when put it to anti-surveillance mode.

Aethulwulf wrote: it's likely that reflections from the target are what was picked up by whatever monitoring systems were used by the USA

The capabilities are v wide. Just go back to the 'dark days' of the Congo, when the UN Gen. Sec's DC6 was shot down by a rogue Fouga
- the conversations between the Fouga and ground were picked up by the US listening station on Cyprus... but of course never put on record as there was no cause to promote (by making what was said, between whom, known beyond the Intel circles)
ArmChairCivvy

Lord Jim wrote:I was under the impression most RN platforms already had quite a good passive detection capability. What we could use is a low probability of Intercept radar capability to allow vessels to scan their area without giving away their exact position. This is what the F-22 is capable of, so it should be possible to transfer the capability to sea and land systems.

ArmChairCivvy wrote:were picked up by the US listening station on Cyprus... but of course never put on record

There are other means than the latest and greatest... of course, SIGINT does not exclude any

of them with its broad definition
ArmChairCivvy 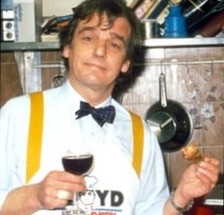 Was he not the MEO on Daring? Bloody hell an engine room below decks type running a carrier, talk about a career change.
cockneyjock1974 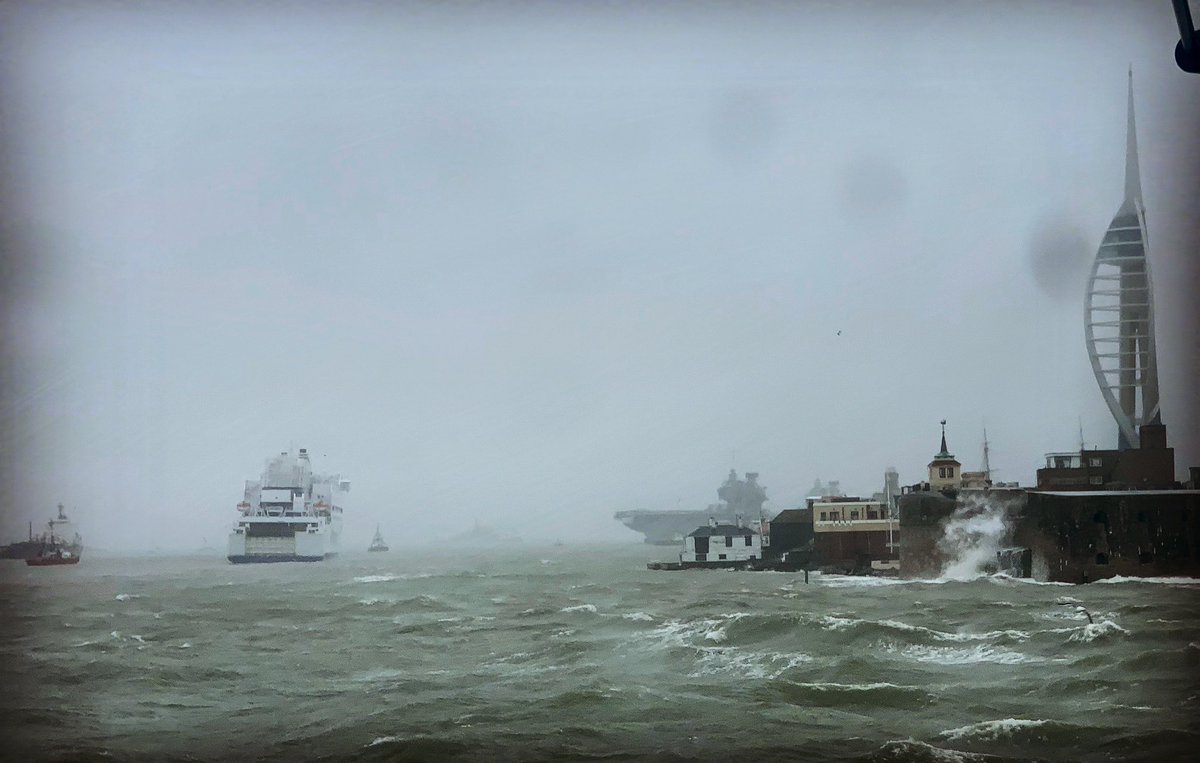 Certainly did, had been off from early Monday morning as my Son brought 4 of his shipmates home to ours so they could shower! They then went off to watch 1917 at the cinemas, got a couple of trips to the local 'spoons and bowling alley in before being told they could not sleep on PWLS as power still out, so my Missus said they could bunker down in our lounge so our Son and 3 other matelots stayed at ours overnight.

Nowadays, a typical corvette is about 2000-3000t large, such as Damen Sigma class (90-105m long) and Naval Gowind2500 class. River B2 also resides in this regime, however lightly armed, as she uses most of her "float" to make herself more sea-worthy and bulky = "specialized" OPV.

A River B2 flying the flag, backed up by QLNZ CVTF, is the near future RN appearance of power against, say, Argentina, for example. 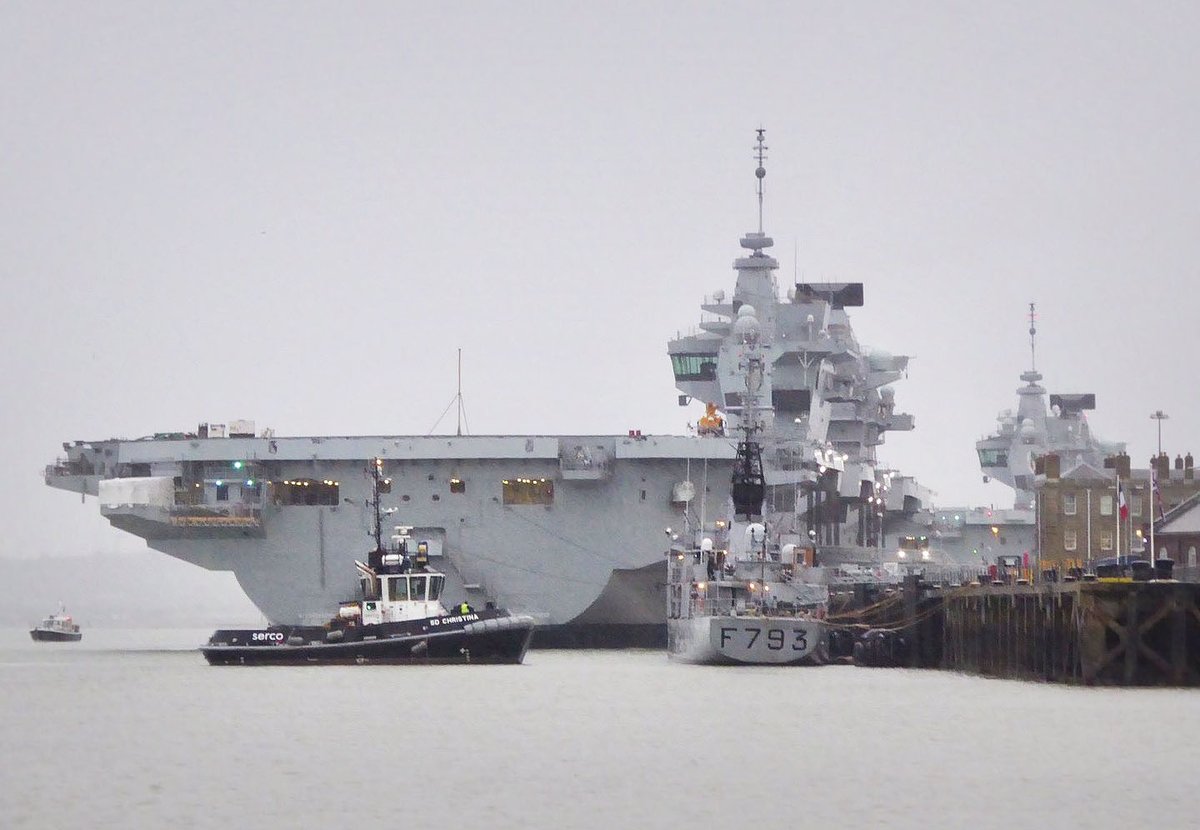 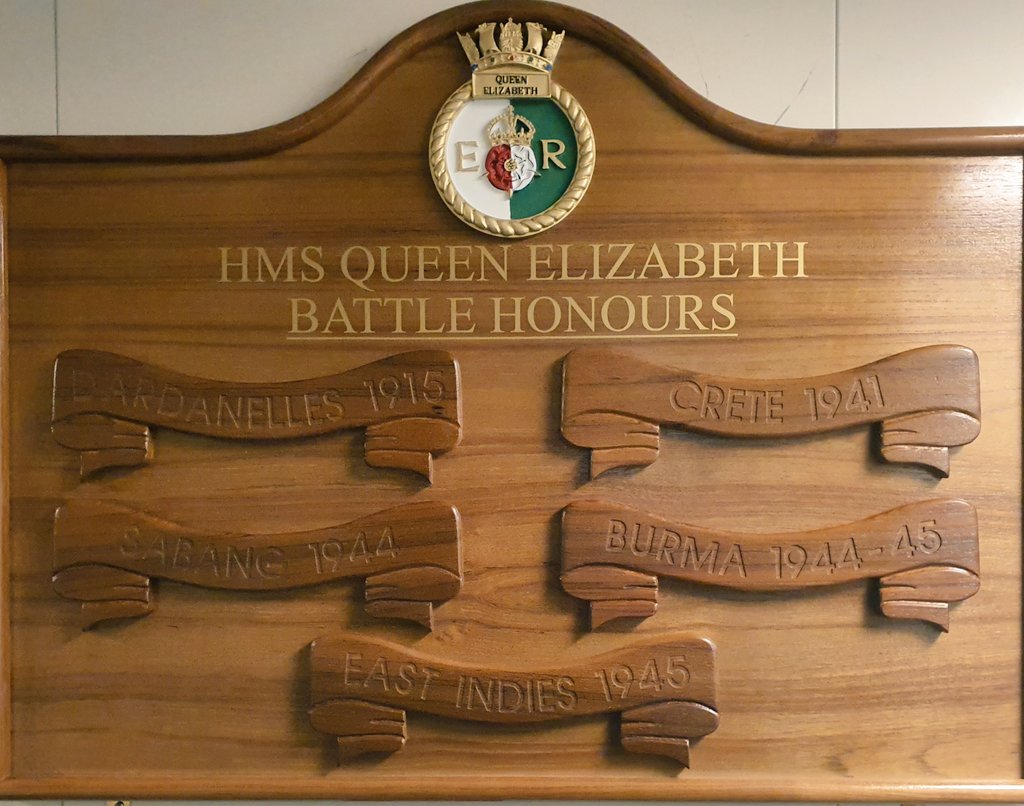 It is indeed apt there is no room to extend this board.

Whilst we look back to honour and learn lessons, we look forward to providing a leading contribution to a resolute force for peace in an uncertain world.

PhillyJ have you heard any rumours about PWLS being sold to the Indian navy? I heard there was a contingent onboard recently and they were asking all sorts of questions. I wonder if they might be trying to build their own as well.
cockneyjock1974

The QNLZ design was proposed (not sure if formally or informally) for the Indian requirement for their next carrier back in August or thereabouts, IIRC. Would they be more interested in the CATOBAR design or the STOVL varsion (I confess I've lost track of the Indian procurement process)?
The pessimist sees difficulty in every opportunity. The optimist sees the opportunity in every difficulty.
Winston Churchill
Caribbean 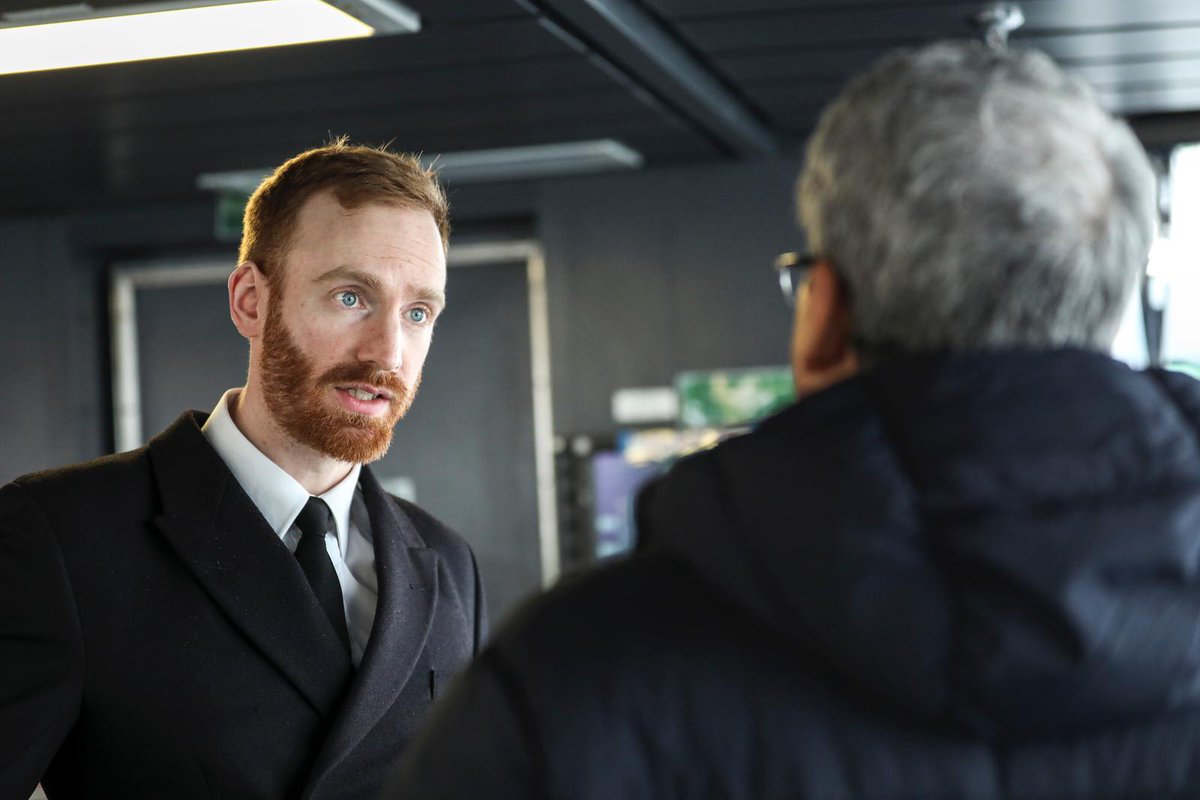 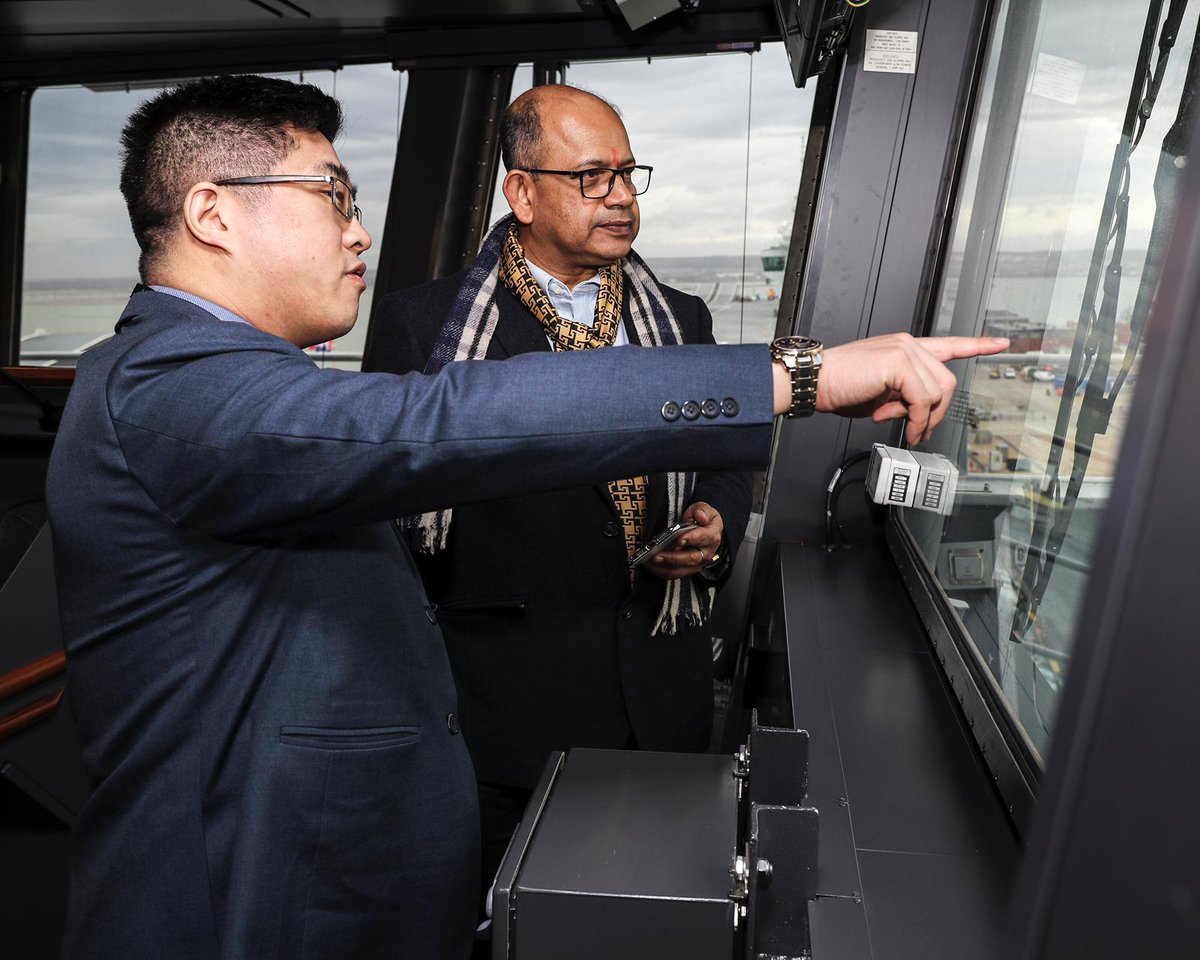 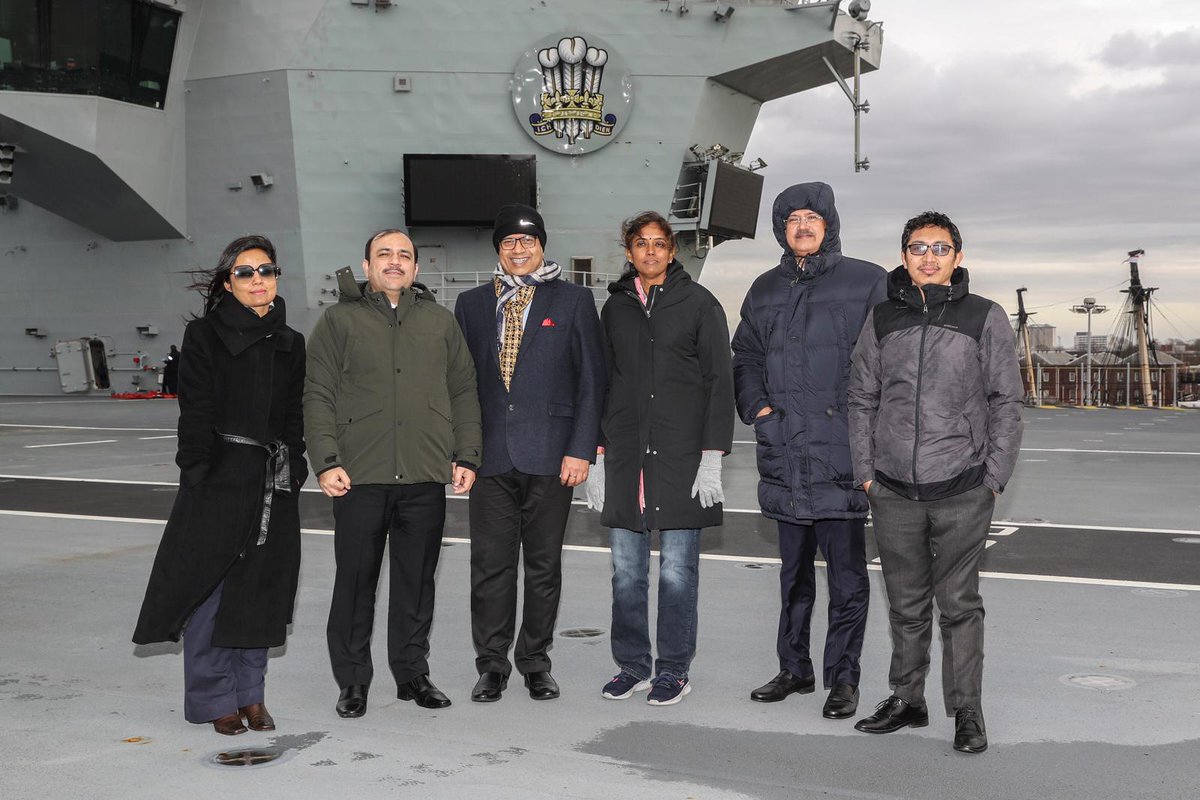