Contains threads on Royal Navy equipment of the past, present and future.
Post Reply
95 posts

Repulse wrote:it has a rather odd page on the RN website

It's not odd. It's completely incoherent.
Top

It looks as if someone has taken a copy of the Fishery Protection Squadron web-page and cut 'n pasted "Overseas Patrol Squadron" into it, without changing the rest of the text to match!
The pessimist sees difficulty in every opportunity. The optimist sees the opportunity in every difficulty.
Winston Churchill
Top

https://www.savetheroyalnavy.org/patrol ... -squadron/
”We have no eternal allies, and we have no perpetual enemies. Our interests are eternal and perpetual, and those interests it is our duty to follow." - Lord Palmerston
Top

The rumour was that the Barracuda 19 was the favourite in the running for these new vessels. But all has been quiet on the subject for a while....

An interesting comparison with the above: roughly the same dimensions, 10 t more and 10 PAX more (though I guess in patrol/ boarding the xtra pax might be surplus to rqrmnt?):
https://www.naval-technology.com/projec ... ing-craft/
- misnomer that landing craft, as they were specifically developed to add an all-weather capability to the rest of the fleet of such craft, and be able to do command and intercept roles as well
Ever-lasting truths: Multi-year budgets/ planning by necessity have to address the painful questions; more often than not the Either-Or prevails over Both-And.
If everyone is thinking the same, then someone is not thinking (attributed to Patton)
Top

Strange that the Gibraltar Squadrons Ex R.A.F. rescue target towing launches were replaced by a archer patrol boats. The operational requirement for transit to the eastern end of the runway. was relaxed to enable them to be replaced . When the Northern Ireland foxes became surplus. The navy used then for the Gibraltar squadron. With the re engine work on the archers they will cover the original ops speck 25 knots. I doubt that the rear lockers as fitted to the original ones with the surveillance equipment will reappear. But this would allow longer operations than the short range present patrol craft. Arming them as with something better than GPMG would be prudent.
Top

I would love to see something like the CB-90 used for the Gibraltar squadron, say two or three from a number purchased for Littoral operations, and then give them names like Drake and Hawkins. Paint them in camo or like the Archers but either way they would have more of a presence when persuading Spanish fishermen to get their side of the line.

By the way, what is the actual top speed of the Archer class after re-engine? Many “top speeds” are quoted elsewhere, which range from 14 knots to 25 knots. (in this thread, it is 25 knots?).
Top

donald_of_tokyo wrote:By the way, what is the actual top speed of the Archer class after re-engine? Many “top speeds” are quoted elsewhere, which range from 14 knots to 25 knots. (in this thread, it is 25 knots?).

I timed to radar fixes on one at 24 knots. it must have had a engine change as in 1989 the one based on the Tyne tried to catch us on hurricane .The then speed then was about 19-20 knots. I know that they were governed down after that. The two Gibraltar were not. The modern radar plotting is very accurate. Having worked on grey fox i expect Scimitar's time are limited.. But the Archer's because of there low hours at sea would be cost effective to re-engine As the hulls would have life left in them . The power output of modern diesels compered to the original ones while maintaining the same weight so not to adversely affect the boats stability has allowed a more powerful unit to be fitted. Hence the higher top speed.
Top

One note. Glass (and Carbon) fiber reinforced plastic hull, in general, see no "fatigue". Very different from Aluminum hull and Steel hull. Their inside mechanical and electrical parts does go out of date, but the hull itself keeps fine. This is my understanding. (Of course if there are some mistake in build, or if stress exceeds the limit, it will break down. But, if properly cured and maintained, I understand no one knows how long it can stand. Generally, very very long.)

These users liked the author donald_of_tokyo for the post:
zanahoria

Edit: I wonder what the following means -


The programme to replace his veteran boats – which remain operational 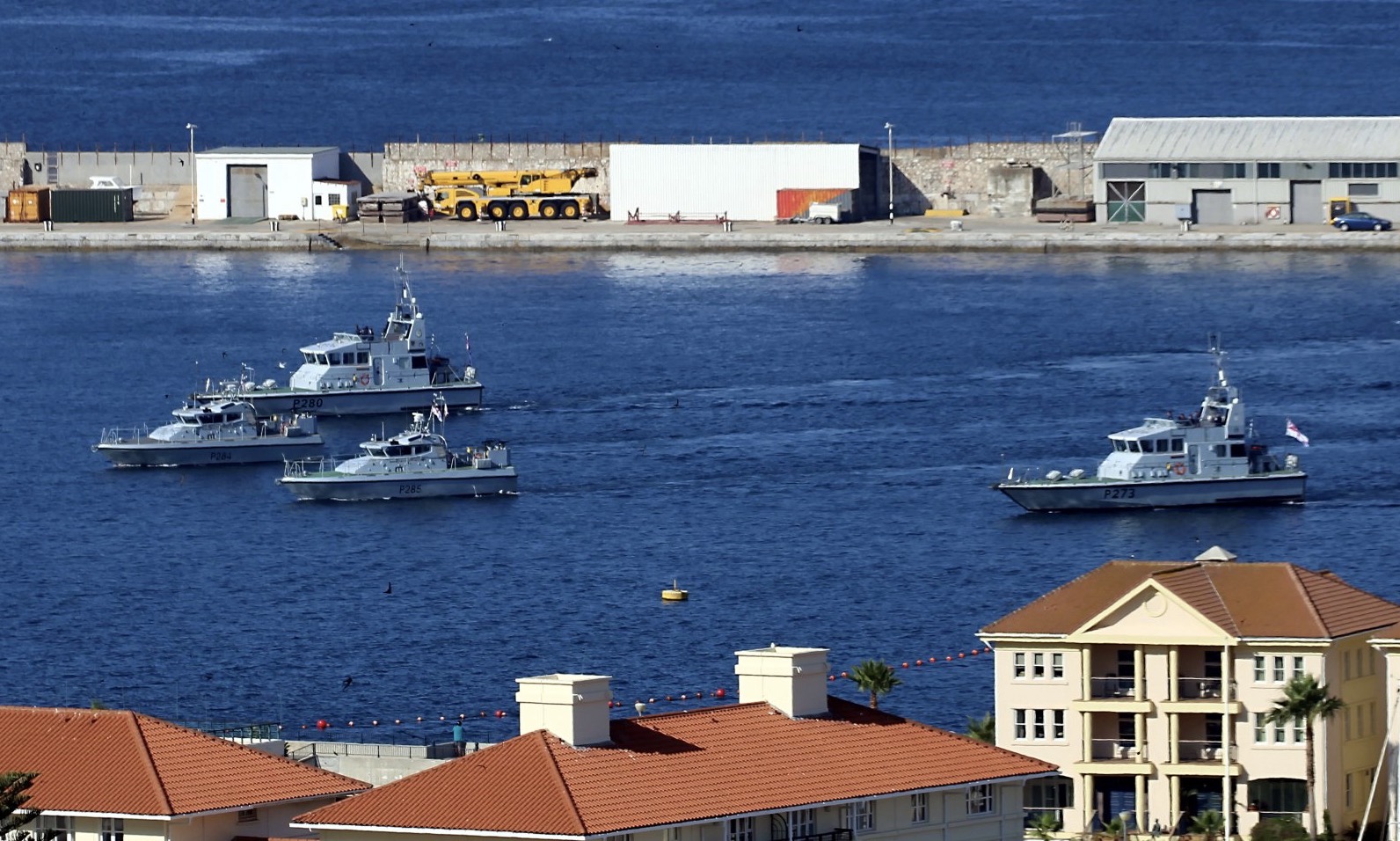 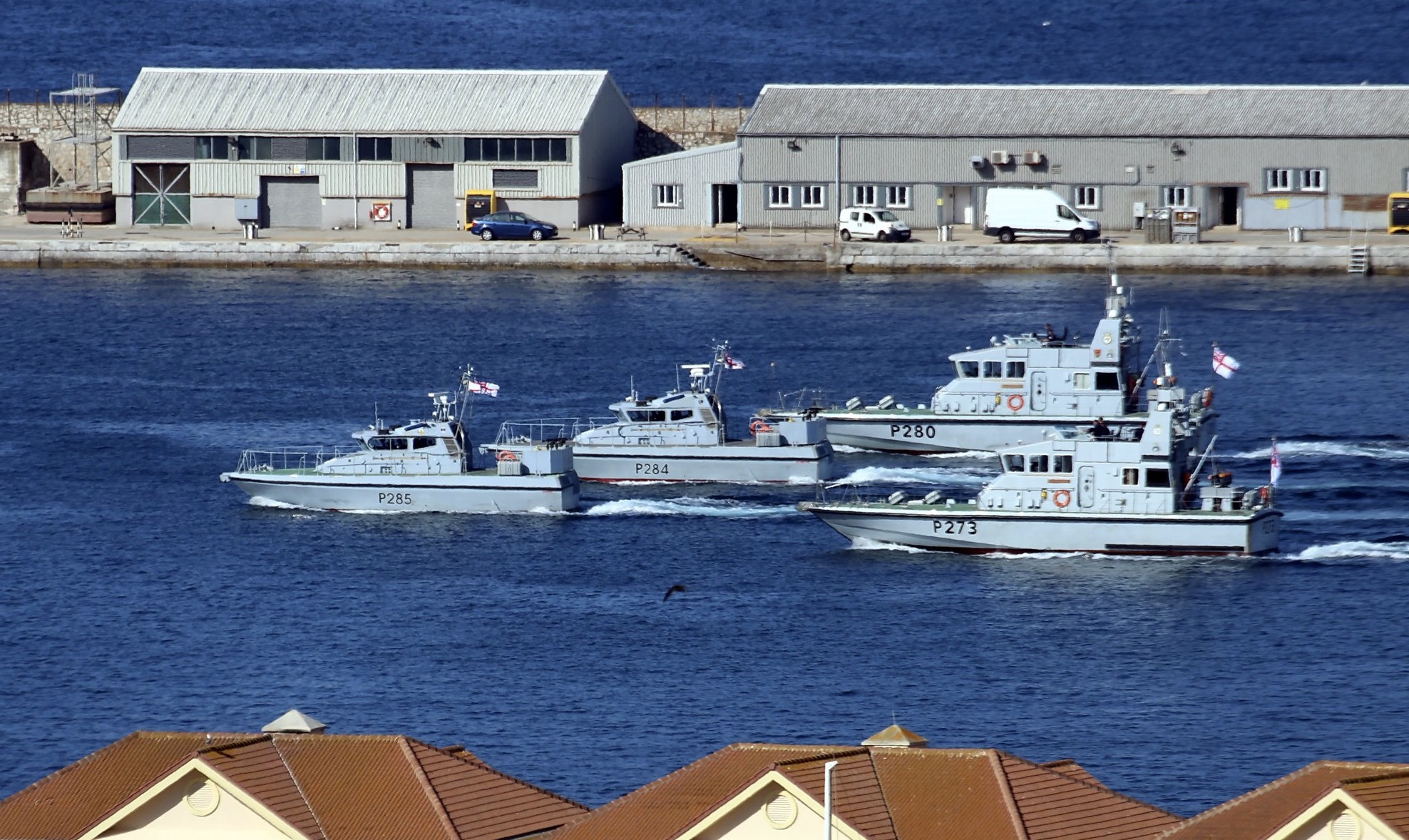 Repulse wrote: ↑30 Jul 2022, 11:05 Nice looking ship, and a size that I think the RN is missing. Ignoring the need for “Small Ships” has always been a weak spot for the navy, and even a small class of Inshore Multirole Patrol Motherships would give value and options that aren’t there currently.

Perhaps a fleet of 6 plus 2 B2 Rivers cover the gap after the B1 Rivers and MCMs are decommissioned. This would also support training and giving young officers command experience early in their careers.

Caribbean wrote: ↑30 Jul 2022, 11:58 Well, at some point both the B1s and the Archers will need replacing in approximately the same time frame, so maybe that is the point at which we rationalise both Home waters patrol and URNU into two better-suited classes. My thoughts were fourteen 15m (or possibly 18m) SEA-class boats with an adapted Officer training Module for URNU and (say) five to ten inshore patrol vessels somewhere between 40 and 60m).

Perhaps operational experience of this vessel will also inform that decision. My feeling is that 40 x 8m is too small for the conditions that might be encountered in British waters

As for (near future) replacement for Archer class boats, I agree 18m (or possibly 15m) SEA-class boats will be a candidate. I personally think, high-end fast boat is NOT an option. US Mk-VI boats, fast, heavily armed, agile boats, are deemed to be disbanded soon because of its high operational costs. It must be cheap to operate, easy to maintain, and still better to have some tasks in war. I think considering "war time tasks" will be important here. If they can accommodate the unmanned technology of ARCIMS USV, they will provide a "big brother" of ARCIMS. Not aiming to be used for MCM. But, a simple "patrol" (with radar and EO sites), "Anti-UUV" with high-frequency sonar to look for enemy UUVs sneaking around UK ports (or divers), may work? 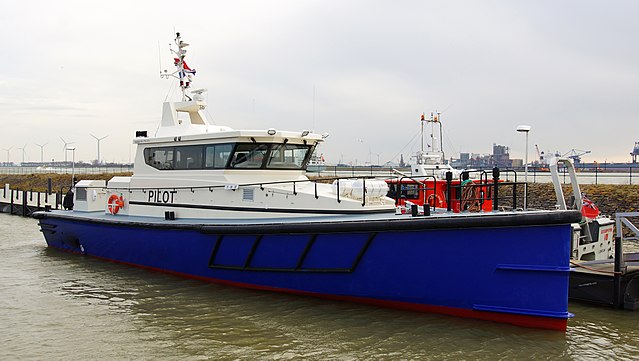 Another idea is to purchase larger boats, could be shared among 2 or 3 units. Candidates will be
Damen FCS 4008 and/or 3307
With a large cargo-deck, in war time, it can be used in many operations. Fast supply around northern waters (Shetland island, or Faroe Islands), small-UAV/USV/UUV mother ships, and also will be good at simple patrol tasks (good sea-keeping is the Axe-bow's aim).
́

This may help on the Sea-Classes of boats:

"In September 2017 it was announced that Atlas Elektronik UK (AEUK) had won a £48M contract to supply up to 38 modular, multipurpose workboats for the RN"

Plus other modules like MCM , ASW , mine laying
Top

For me, this is where any "wartime" utility would lie, taking on the role of the WW2 Harbour patrol launches. Inshore ASW was one of their primary functions, but that could be expanded considerably with modern technology. Any armaments would be primarily crew-served GPMGs
The pessimist sees difficulty in every opportunity. The optimist sees the opportunity in every difficulty.
Winston Churchill
Top

donald_of_tokyo wrote: ↑31 Jul 2022, 16:58 As for (near future) replacement for Archer class boats, I agree 18m (or possibly 15m) SEA-class boats will be a candidate. I personally think, high-end fast boat is NOT an option. US Mk-VI boats, fast, heavily armed, agile boats, are deemed to be disbanded soon because of its high operational costs. It must be cheap to operate, easy to maintain, and still better to have some tasks in war.

Whilst the Sea-Class fleet has been a smart move and will be work horses in a balanced fleet, they are limited, as is the HMS Magpie design.

What I think is needed is really three classes of small ships (<60m) for three different roles:

- Harbour Defence Motor Launches (HDMLs): Focused on force protection and defence of key military ports (Portsmouth, Clyde Devonport and Gibraltar). I’d say the Cutlass Class - probably about 12 vessels inc the 2 in Gibraltar already and would replace the 3 RM Island-class.
- Patrol Boat Ravine (PBRs): Inland and inshore patrol boat, capable of operating from UK/ BOT ports or amphibious craft with RM support - probably a class of 12-24 vessels based on the CB-90
- Mid-Shore Patrol Vessels (MSPVs): UK EEZ and Littoral patrol and MCM operations. A class of 6-8 ships based on XV Patrick Blackett / Damen 4008 Fast Crew Supply ship.
”We have no eternal allies, and we have no perpetual enemies. Our interests are eternal and perpetual, and those interests it is our duty to follow." - Lord Palmerston
Top
Post Reply
95 posts