Contains threads on Royal Navy equipment of the past, present and future.
Post Reply
225 posts


Border Force officers were among a rescue team that saved more than 100 migrants in the Mediterranean yesterday, including three small children and three heavily pregnant women.

border force Scottish fisheries and royal navy all doing similar things. Soon the UK will have a fleet 15 offshore patrol vessels (plus numerous helos and 2 planes) should they perhaps all be brought together? perhaps a coastguard subset within the navy?
@LandSharkUK
Top

RN or Customs? I think these cutters would come under Her Majesty's Revenue and Customs, as the RN already has an HMS Protector (Ice Patrol Ship).
Top

neither, they're part of the border force which comes under the home office.
@LandSharkUK
Top

Too radical ? Stepping on too many toes ? Certainly would relieve pressure on the RN & allow any future RAF MPA to concentrate on military ops as opposed to SAR ?
Top

In fact, instead of finding ways to delineate and separate military and naval functions from civilian ones, in general we should be trying to find areas of commonality where civilian agencies and the armed services can work together. The reason for this from the armed services POV is that the general populace can then start to understand more of the value of the armed services (since they see them operating in ordinary civilian life) and will be less keen to cut defence budgets, as well as the reason from the civvy POV which is that you improve efficiency by sharing resources which taxation has already paid for. China's President Xi Jinping understands this and China is strengthening civil-military integration across the board.
Top arfah wrote: It would be a funding bun fight across several departments. 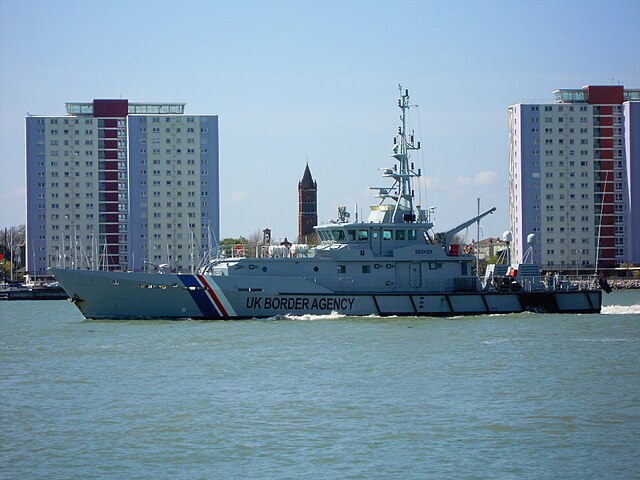 yes we only got protector 2nd hand from the Finnish border guard.
Top

If we are staying in Europe it needs a proper border force / coast guard and I guess these are the teams that will contribute to that effort.
@LandSharkUK
Top

we have a different set up from the US where their customs is a paramilitary force that does marine law enforcement and SAR and in times of war becomes part of the navy I met deployed coasties in Iraq.
Top

another reason we need a rethink of how we protect our coastline. Yes smuggling has been part of the history of the South West but in the past we could do more about trying to stop it!
Top

wonder if any of the retired MCMV's will be sold or given to the Border guard as patrol vessels?
Top 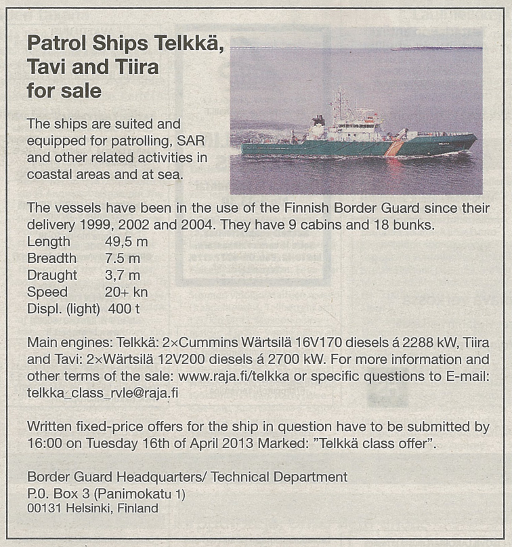 It was printed in Norway's biggest newspaper
@LandSharkUK
Top

Navy may "present" these 3 OPVs to BF. But I am not sure BF will be happy with it. But, in the case BF are to go to Med much frequently, yes, they will happy to get B.1 Rivers.
Top

donald_of_tokyo wrote: I am sad to say may be not. BF are looking for more "less capable" = cheaper vessels, look like. They will be seriously under funded.

I think they would be too big and expensive for the border force. Their cutter's are half the size and perfect for the job.
@LandSharkUK
Top

thats why a multi agency approach is a better idea
Top

Hasn't the old Triton research ship been doing border patrol for the Ozzies the past decade or so? I wonder how that has been working out as it was a shame to see the project go nowhere.
Top
Post Reply
225 posts