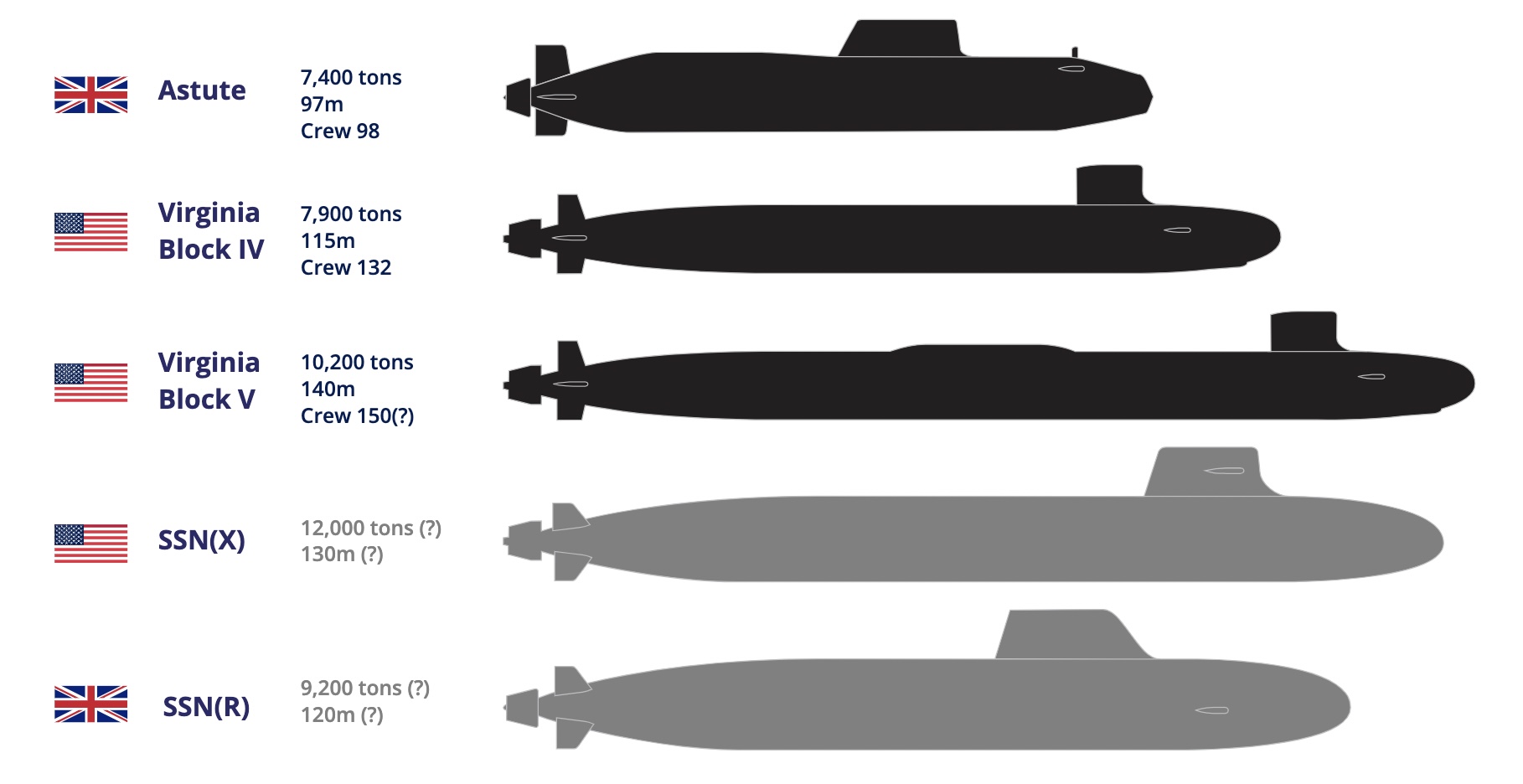 Introduction
The Submersible Ship Nuclear (Replacement) or SSN(R) (also known as the Maritime Underwater Future Capability (MUFC)) is a planned class of nuclear-powered fleet submarine (SSN) intended to enter service with the United Kingdom’s Royal Navy in the 2040s as a replacement for the current Astute class, the last of which will be delivered in 2026.


Development
The initial concept phase of the programme was scheduled to last for three years. This phase had begun in early 2018 but was suspended for two years due to delays in the Astute-class and Dreadnought-class delivery programmes. In 2020, the Ministry of Defence recruited for a Submarine Delivery Agency Project Manager to work on the SSN(R) design and development process.

In March 2021, the government’s defence paper Defence in a Competitive Age committed to funding the SSN(R) project. This was followed in September 2021 by an investment of £170 million by the government in the form of two £85 million contracts to BAE Systems and Rolls-Royce Holdings for early design work on the SSN(R). The investment will support 350 jobs for the UK economy.

Judging by the silhouette, it looks like my dream of 'Shortfin Dreadnought' (Dreadless Class) might yet have a chance of coming to pass!

Not sure what to make of us exporting Astute, considering the DefSec's rather scathing remarks in the Summer about trying to build any more for the UK.

I suppose the final two Trafalgars will be completely knackered by their OSD, PWR-1 obsolescence aside?
Top

Jensy wrote:I suppose the final two Trafalgars will be completely knackered by their OSD

3-strong fleet over those years is a distinct possibility; but then again, how long did Vanguard stay 'in dock'?
Ever-lasting truths: Multi-year budgets/ planning by necessity have to address the painful questions; more often than not the Either-Or prevails over Both-And.
If everyone is thinking the same, then someone is not thinking (attributed to Patton)
Top
Post Reply
4 posts • Page 1 of 1