Contains threads on Joint Service equipment of the past, present and future.
Post Reply
4 posts • Page 1 of 1

As we've just ordered the first systems, seems like a good idea to create a topic..

4 Leonardo Orcus systems ordered for trials with the RAF. These were the systems used to try and protect Gatwick in the drone disruption incidents in recent years. It's called the Orcus, but appears to be Leonardo's Falcon Shield system. 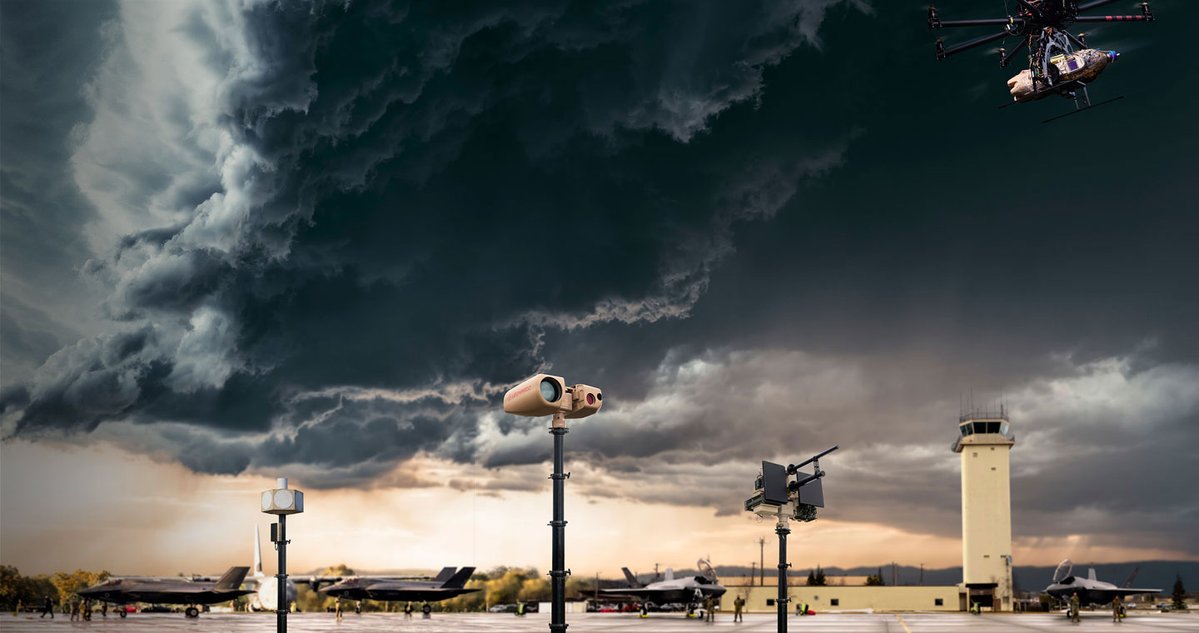 The RAF will use the Leonardo Counter-Unmanned Aerial System (C-UAS) equipment as part of its ongoing research programme to develop the ORCUS C-UAS system. This developing system also provides a national standby capability to support emergency services across the UK in crisis situations
Due to the serious nature of the threat posed by rogue drones to the UK, the programme is considered of high importance to national security and Leonardo is continuing to deliver equipment and support during the coronavirus pandemic
Leonardo is a leader in C-UAS technology and is on contract with UK and Italian Armed Forces. Its modular, scalable systems are readily exportable worldwide
Leonardo in the UK has delivered the first of four complete baseline counter-drone systems to the Royal Air Force in support of the next stage of its Counter-Unmanned Aerial System (C-UAS) research and development programme. The ORCUS system is now playing a key role in a wide-ranging testing and evaluation campaign which will improve the Air Force’s understanding of how it can employ technology in response to the threat posed by hostile drones.

The RAF will also maintain the ORCUS system as an upgraded national standby capability, to be rapidly deployed anywhere in the country in support of emergency services in the event of a drone-based crisis.

The threat posed by rogue drones is being taken extremely seriously by the Ministry of Defence and therefore the C-UAS study programme, managed by Defence Equipment & Support Future Capability Group, is considered highly important to the security of the nation. Leonardo is working hard to ensure that the programme continues to be delivered, despite the disruption caused by the global coronavirus pandemic.

The modular systems provided by Leonardo for the study will allow the RAF to evaluate a range of capabilities including advanced radar, electro-optic and radio frequency sensors and an electronic attack countermeasure. In due course, further systems will be integrated for testing and evaluation. Throughout, RAF Force Protection operators will be examining the most effective ways to detect, track, identify and defeat rogue drones. In the long-run, the research and development programme will inform the requirements for a core RAF counter-drone capability, intended to protect air bases around the UK.

Elements of Leonardo’s C-UAS equipment were previously operated by the RAF Force Protection Force in 2018 and 2019, following drone sightings at Gatwick and Heathrow airports, allowing airport operations to resume.

Leonardo offers its scalable and modular C-UAS systems to military and civil customers internationally. The Company has been contracted for C-UAS equipment for the Italian Army and Air Force and is in discussions with other potential customers worldwide.

Another UK system is the AUDS. This was also used (rented or leased with contractor support) during the Gatwick drone incidents.

This has also been used in combat by US forces in Iraq and Syria to combat the threat of ISIS drones (may have been used by UK and Iraqi forces as well). Mounted at FOBS, but also mounted on trucks for more mobile protection.

The system consists of Blighters radar panels providing 360 detection and tracking, Enterprise Control Systems RF inhibitor and Chess Dynamics EO/IR system for optical identification and tracking. All UK companies. All seem to sell it individually, it's also been sold under the AirGuard name. Had another order recently from a European (not UK) for 4 systems. Not sure who that is, but I doubt its Italy as they have the Leonardo system. Might be France for operations in Mali etc. 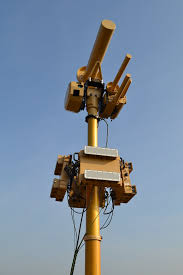 In Syria with US Forces 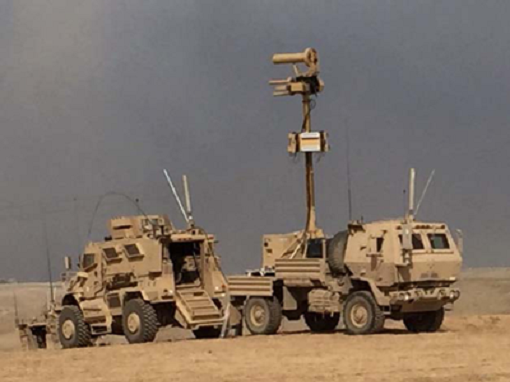 The Liteye/Orbital T-Rex. Stryker APC with M230LF 30mm cannon on RWS and Blighter AUDS. Add a Stinger or 2 and its quite a useful combined anti air system. 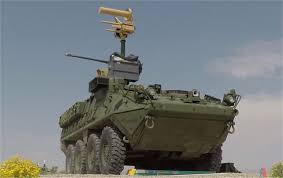 I think our posts must have collided mid-air; anyway mine was more of a question as to what the army has/could have in a mobile form
... the answer appeared before the question

ArmChairCivvy wrote:I think our posts must have collided mid-air; anyway mine was more of a question as to what the army has/could have in a mobile form 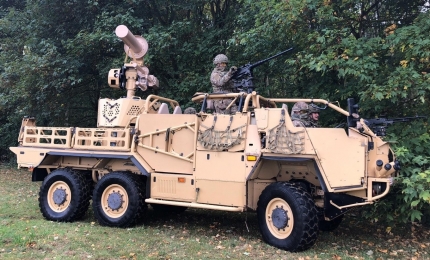 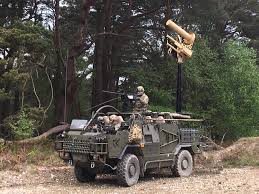 Can be mounted in a smaller platform as well. A long wheel based LR could handle it.

As far as I am aware these were just trials, but it wouldn't shock me if a couple had ended up at Credenhill for use in Syria and Iraq.
Top
Post Reply
4 posts • Page 1 of 1