Contains threads on Royal Air Force equipment of the past, present and future.
Post Reply
4 posts • Page 1 of 1

The UK government has reported good progress on its three key efforts to develop future ‘swarming drone’ capabilities for the Ministry of Defence (MoD).

“The Royal Air Force's [RAF’s] swarming drones project continues to be developed by the Rapid Capabilities Office [RCO], with progress during recent trials exceeding expectations in several areas. Following the successful first trials, 216 Squadron was reformed at RAF Waddington on 1 April. [This unit] will take on the operating role for the RAF's fleet of network enabled drones,” the baroness said on 19 June.

Rather good article in Flight Global about the competitors in Project Mosquito: https://www.flightglobal.com/flight-int ... 29.article


Dstl says three bidders – Boeing, Team Avenger (formed by Blue Bear), and Team Blackdawn, “all participated fully in phase 1, and have submitted proposals for phase 2”. It is currently assessing which of their designs will be advanced to flight status by as early as 2022.

“We anticipate being able to announce the results of the phase 2 evaluation later in the summer,” says Peter Stockel, autonomous systems and innovation autonomy challenge lead at Dstl. 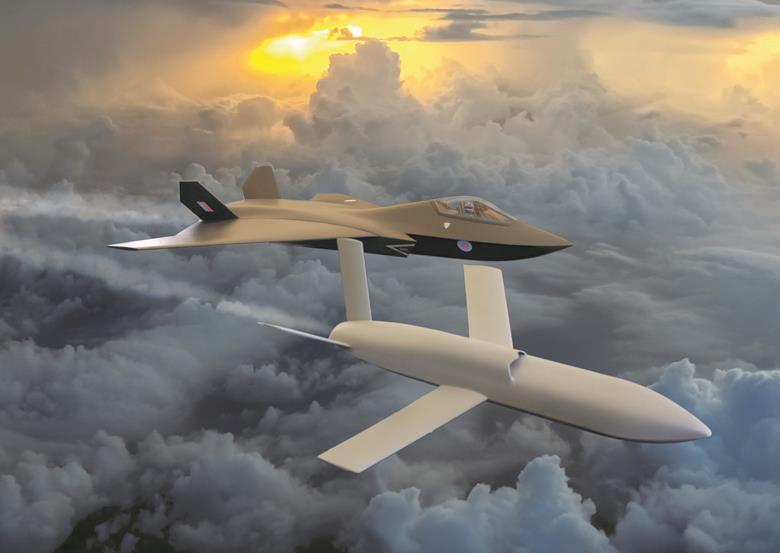 
Stockel added that all three entrants in the first phase – Boeing, a Blue Bear Systems Research-led team, and another partnership called Black Dawn, which includes the Belfast division of Bombardier Aerospace and Northrop Grumman U.K. – had submitted proposals for the second phase of the project. Dstl has left open the possibility that it could award new contracts to more than one of these contenders.

It is already known that BAe are involved in the Boeing Australia Loyal wingman project, and that data from that is being fed back to the UK govt.
Top

Looks (from the illustrations) like they are going to be bigger than these:
https://theaviationist.com/2017/01/11/w ... irst-test/
- but smaller than the ozzie (Boeing!) wingman?
Ever-lasting truths: Multi-year budgets/ planning by necessity have to address the painful questions; more often than not the Either-Or prevails over Both-And.
If everyone is thinking the same, then someone is not thinking (attributed to Patton)
Top
Post Reply
4 posts • Page 1 of 1