Contains threads on Royal Navy equipment of the past, present and future.
Post Reply
11832 posts

Little J wrote:But, May and her useless colleagues have fudged that right up

Exactly, they are experts in dither, delay and fudge

Looking forward to a much needed change of leadership in 2019

Merry Christmas to all

Another way of looking at is that the UK net contribution to the EU is currently running at £10bn per year. Of course this has been earmarked for the NHS, but even half would allow us to give ourselves and our EU partners a strong RN (+ RAF MPAs) to protect the North Atlantic and Artic from Russian aggression.

Add half of the £14bn foreign aid budget and the RN could help protect the vital global sea routes from Chinese manipulation.

”We have no eternal allies, and we have no perpetual enemies. Our interests are eternal and perpetual, and those interests it is our duty to follow." - Lord Palmerston
Repulse 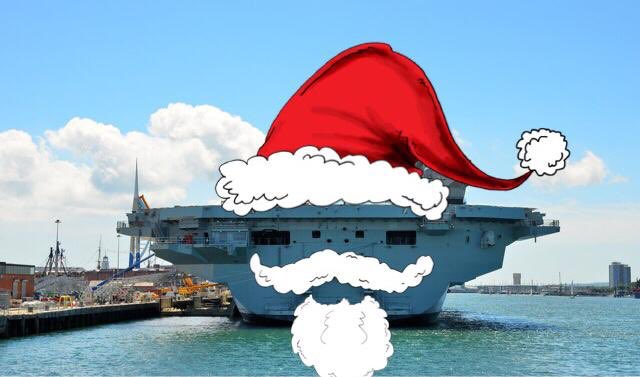 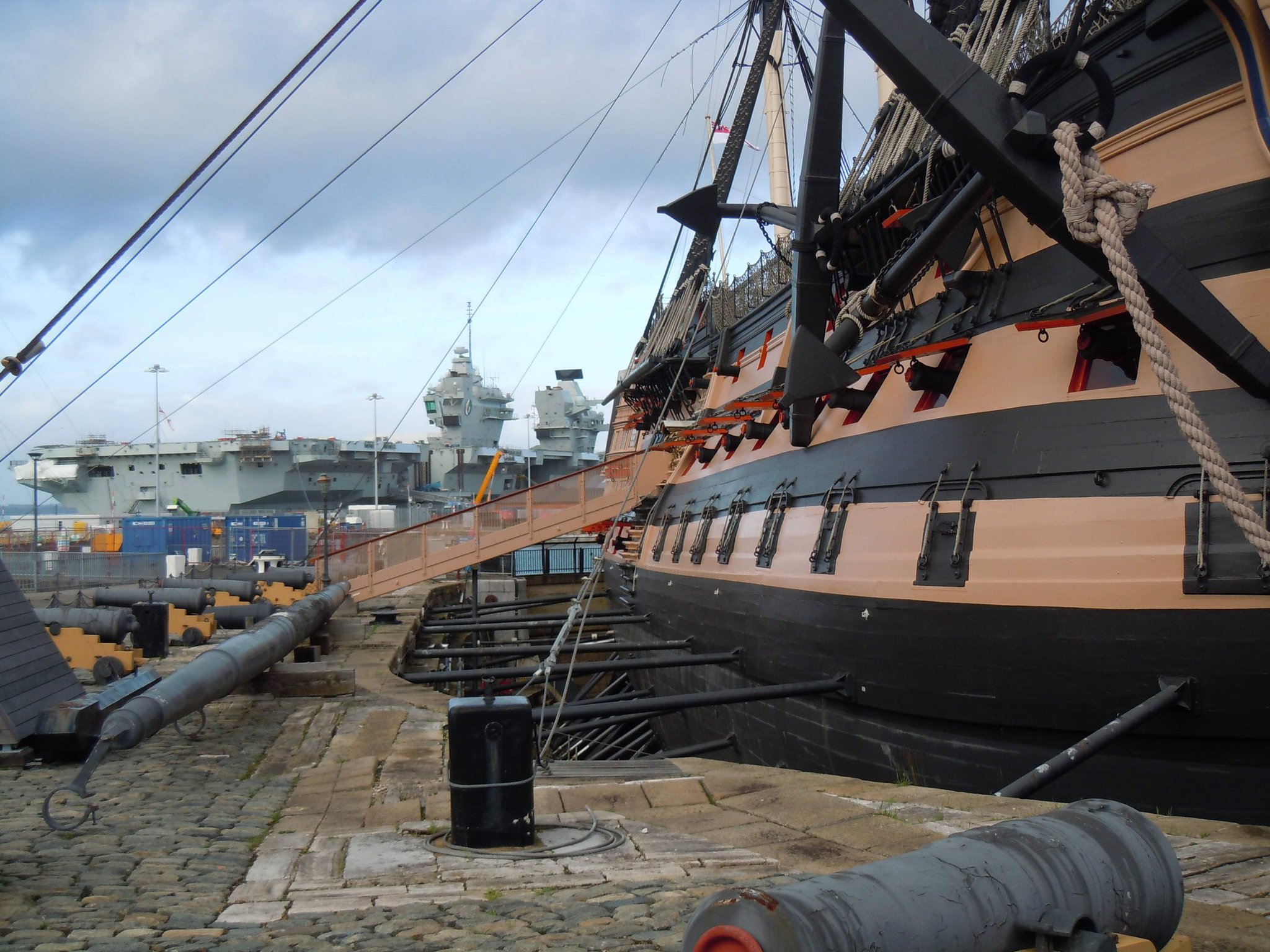 Santa and his Phalanx of Elves?
Scimitar54

Digger22 wrote:Maybe a Torpedo that follows an Acoustic torpedo would defeat CAT. In other words the Acoustic Torpedo would send course Data to an otherwise unguided (none Acoustic) following weapon. If the acoustic weapon is taken out the following Torpedo finishes the job, as there is nothing for the CAT to attack?
Obviously this would only work against surface targets, and would be far from foolproof, but does serve as a reminder that any counter can in turn be countered!

The CAT is cued by a towed array that has been specially developed to detect torpedo's. Doesn't matter if they're active, passive or wake homing. The noise of their propulsion is sufficient for a track to be made. The CAT will then use its passive/active sensor to home and destroy.

Whats interesting is that the US system would be a comparatively easy upgrade for the RN. The US and UK developed the system together. The UK developed the softkill side, with their SSTD, the US went down the hardkill route, but only for CVN's. The UK as a result has very effective softkill systems. The hardkill side would be very easy to integrate as all of the sensors and systems already exist.
Timmymagic

Good to see POW nearing completion. I must have missed the point when she was floated out of the dry dock. Doing a bit of digging it appears to be about a year ago. Ah well. It seems POW gets very little attention seeing as QLZ has hogged all the limelight this year. It's easy to forget we are going to have two of these beasts which gives an exciting feeling. Imagine a photex with both of these at sea this year with escorts and F35.

Crikey, I didn’t even know she was being floated out, there’s not much interest in coming second is there

PoW was floated out on 21st December 2017, and is due in Portsmouth this summer/autumn.
SKB

Power pulses through the 920ft hull of Britain’s second new aircraft carrier after engineers fired up her main engine for the first time.

Just weeks after switching on the smaller diesel generators, experts aboard HMS Prince of Wales finished all the checks and tests needed before the ‘on’ button was pressed and one of two huge Rolls-Royce MT30 engines roared into life.

It’s the most powerful gas turbine ever installed on a ship, based on the Trent 800 engine which powers Boeing 777 airliners.

Two are installed on the 65,000-tonne leviathan, which is due to go to sea for the first time in the autumn of 2019.
A combined team from the Royal Navy and the Aircraft Carrier Alliance – the combination of industry and military experts formed to build the carrier and her completed sister HMS Queen Elizabeth – is working flat out to finish the carrier at Rosyth dockyard, installing and testing as many systems as possible ahead of her maiden voyage.

Marine Engineer Chief Petty Officer Will Horsepool said to feel and hear the mammoth engine running at last was a milestone for the ship – and “one of the proudest moments of my career.

“It has been an enjoyable experience to be part of the team that has successfully achieved the first run of a gas turbine on board after so many months of work.”
In the civilian world, the engine generates enough power to meet the needs of 36,000 homes – that’s roughly a town the size of Burnley or Guildford – or 450,000 80 watt light bulbs.

Aboard HMS Prince of Wales, each MT30 is responsible for producing 30 percent of the ship’s power requirements, with the four diesel generators making up the remaining 40 percent.

Collectively, all six engines on full power could supply Portsmouth or Swindon.
Wrekin1410

Just in case anyone is interested HMS Queen Elizabeth is going back to Rosyth for dry-docking in the summer.

What is the dry docking for?
SDL

A planned 6 week period to clean the hull by the sounds of it, maybe retouch the paint? thought they would of left it till POW is on sea trials...but will be good to see them together

Probably paintwork as we have seen pictures of the topcoat peeling off over the past year or so. Only a 5 Million contract so cant be anything too major happening.
bobp

Found an interesting video of Rosyth's history, from an engineering point of view.

serge750 wrote:A planned 6 week period to clean the hull by the sounds of it, maybe retouch the paint?

The timespan is about right for a waterblast and repaint of the hull (beneath the waterline). Couple in with that the distance that she has travelled would indicate being potentially a bit earlier than planned, but there has been a lot of sitting alongside being fitted out.
They may also want to have another look at that dodgy propeller... and also the drive train which needed repairs.
swoop

I'm curious to know if Rosyth's basin is large enough to hold both carriers at the same time. QE would need to do a 90 degree turn to the right to re-enter 1 Dock. Would PoW have to be temporarily moved out from the basin's J/K berths into the Firth of Forth's deep water channel to make room?

I'm starting to think maybe POW will sale for sea trials & meet up with QE whilst she heads into rosyth….. seem to remember POW sea trials have been suggested for summer or autumn ?
would QE have enough time between then & now for battlefield helicopter trials ? I.e. Apache

so we could get the two ship photo op later in the year?
SDL

Hope so ! wouldn't it be awesome if hms QE had aircraft onboard while going to rosyth then transferred them to POW when she ( or he being POW? ) went out for sea trials...I'm such a optimist but would be a good photo op.
serge750

Well that's my lad all packed up and relocated to MOD Caledonia (Rosyth) for the foreseeable future courtesy of National Rail. How he managed to traverse the underground from Waterloo to Kings Cross with all his kit is a miracle! Cannot wait to see him arrive at HMNB Pompey onboard POW sometime this year.

Users browsing this forum: No registered users and 12 guests