Contains threads on Royal Air Force equipment of the past, present and future.
Post Reply
1003 posts

That's an unpopular opinion for sure.

I don't think there is any option that can watch over the North Atlantic besides a Maritime Patrol Aircraft, of which P8 is the best option available.

The only other alternative I can think is to fill the area with drones, but that solution doesn't exist today.
@LandSharkUK
shark bait

shark bait wrote:I don't think there is any option that can watch over the North Atlantic besides a Maritime Patrol Aircraft, of which P8 is the best option available.

I once had a conversation with a ex soviet submariner who was fellow crew. Being Estonian he was working on a U K ferry as a deck officer. Myself being referred to as one of the black hand gang. He explained that the only thing that scared the soviet submariners was Maritime Patrol Aircraft. That the chances of running into a frigate or Sub was manageable but from the air you had no warning. The aircraft could direct ships or Nuclear subs to trail a submarine or persecute a attack itself. He said that occasionally when being nosey. They would have a buoy dropped on them from a aircraft which had a smoke marker and a small explosive charge.He referred to them' as us telling them Keep of the grass' This probably still holds true today.
S M H

That's exactly it, the area is so huge making Frigates few and far between. Plus I believable a sub will usually spot a frigate and just go around it, perhaps what your Estonian friend meant by having 'no warning'.

I'll be very glad when the Brits get the P8 into service, even better with the second batch, and even better when joint ops with the US and Norway become the norm. That is by far NATO's best chance to keep tabs on sub activity.
@LandSharkUK
shark bait

shark bait wrote:the area is so huge making Frigates few and far between

shark bait wrote: better with the second batch, and even better when joint ops with the US and Norway become the norm

OR (Operational Research, most commonly applied to biz problems) funnily enough emerged to answer the question how best to counter the subs in the vastness that extends from the Barents Sea to the Caribbean. Today such research tells us that with 8-10 P8s the ambition can only be closing The Gap... or at least keeping it under watch

As per the second quote, with a joint force (US a/c from Scotland and Keflavik included) exceeding 13 a/c we can start to reach out to the Barents Sea, at least in the way that it joins with the rest of the N. Atlantic
ArmChairCivvy

The first RAF P8 to touch down on UK soil will be landing on the 4th of February at Kinloss:
Twitter: @UKDefenceForum
The Armchair Soldier

The King is dead, long live the King.

Time to take off the rose tinted glass's folks.
Digger22

Well it was originally designed to be a MRCA (Multi-Role Combat Aircraft). This did as a consequence mean that it was compromised, when compared with a specialist aircraft. What else would you expect?
Scimitar54

I wonder which thread we are on

All that remained from TSR-2,was the DNA passed down, first to the AFVG (Anglo French Variable Geometry) design , which was also cancelled. And then to MRCA/ Tornado, which served well
- and we "had to" have a nuclear bomber, even if it was one moonlighting from the "day job". And the second go at it, getting F-111Ks, also had run into quick sand

Anyone interested in realism in requirements setting (the "lack" of leading to cancellations) would do well to read "Project Cancelled" by Derek Wood. It sees the main gap in the processing requirements for the attack/nav system, which type of thing has since been realised on B-1s - don't know what the B-58 Hustler had as at the time I was more fascinated by the ash tray design on it as with an alert coming in, you could put the siggie away, bank so hard that the belly was pointing up and go supersonic... without a

problem.
- with miniaturisation and processing power having advance in quantum

leaps, since, the very latest Super Hornet has received that type of capability
... which incidentally makes me believe that it is a good candidate in European competitions with a requirement for offensive counter-air. But that discussion will definitely

land on another thread
ArmChairCivvy


LRASM (not really a surprise), JDAM 500lb-2000lb (including LJDAM), Stormbreaker (SDBII), MALD (presumably the N variant), Quickstrike Mines. It's not limited to that list though, I'd be very surprised if JASSM and JASSM-ER weren't integrated due to their closeness to LRASM.

There's not much there to interest the UK to be honest. We don't use any of the munitions listed and I don't think we're going to get back into the mining business any time soon (although its a yawning gap). This is likely to turn out to be a feature of our use of the P-8, lots of goodies get added but they're unlikely to be applicable to the UK. The most interesting part, for the UK, could be the UAI, which is what weapons integrated for F-35 use. Also no targeting pod or WVR AAM on the list...which is a surprise.
Timmymagic

The first of the RAF’s new Poseidon Maritime Patrol Aircraft has arrived at Kinloss Barracks in Scotland. The ‘Pride of Moray’ is the first of nine P-8As which will eventually be based at RAF Lossiemouth and take over the role of the Nimrod fleet.

Interesting but I wonder if it will have any baring on our "interim" anti ship missile purchase. It would be nice to buy a weapon we could use on a few different platforms but my fear is we will do the usual and only use it on a single platform.
Jdam

Only normal.
Fortune favors brave sir, said Carrot cheerfully.
What's her position about heavily armed, well prepared and overmanned armies?
Oh, noone's ever heard of Fortune favoring them, sir.
According to General Tacticus, it's because they favor themselves…
abc123

Jdam wrote:Interesting but I wonder if it will have any baring on our "interim" anti ship missile purchase. It would be nice to buy a weapon we could use on a few different platforms but my fear is we will do the usual and only use it on a single platform.

The contract notice appears to be out to 2026. And that tallies with the sort of timelines that LRASM is looking at for integration into Mk.41 if it ever happens. Obviously you can then add a couple of years for it to get out into the field with allies etc. So realistically no-one is going to be fielding these any time soon from P-8. And by 2028 it ceases to be credible for the UK if FCASW is still going strong. By then it should be in the testing phase which makes any order for a US anti-ship missile or cruise missile outside of a UOR basically impossible. And its the same for T26. No need for a missile until it enters service c2027/28. And at that point we may as well wait for the homegrown solution.

And LRASM is still only in its Increment 1. Increment 2 of the capability could well be a different missile from a different manufacturer(although there is a fair chance that it never happens).
Timmymagic

With the requirements of the UK and France diverging with regards to FC/ASW, maybe we should look elsewhere for our future AShM, and have the former just replacing Storm Shadow. Maybe FC/ASW is a project too far, as for a single missile to meets all of both nations requirements, its cost will mean we will have too few limiting the number available to both the RAF and RN to make it a hollow capability, there on paper but that's it.
Lord Jim

Lord Jim wrote:Maybe FC/ASW is a project too far, as for a single missile to meets all of both nations requirements

MBDA have already moved to a 2 missile design. One stealthy, long range, subsonic (which the UK appears to favour) and a supersonic, medium range missile. As long as the sub systems, sensors etc. can share some development that saves a tonne of cash.
Timmymagic

Have both nations actually agreed that is the path they will take. The last I heard there were issues that were becoming serious as the cost of a one size fits all missile was going to be to much as was developing two missiles. Hence the roadblock in the programme.
Lord Jim

Well it seems that on entry into service our Poseidons will be carrying he Mk54 Torpedo and Harpoon. Now where the latter come from I do not know but it seems they are part of the package. If true, and this was in this weeks JDW, I can only see us purchasing a very limited number or "borrowing", a few from US stocks. The USN is looking at the LRASM, SDB-II and s couple of other munitions to integrate onto their planes.

I am starting to think that at least for he F-35 we should look at the LRASM and the JASSM-ER and leave the FC/ASW to other air and sea platforms, as the former will give the F-35 the stand off range to attack both maritime and land targets, both having a maximum range of 926km.
Lord Jim 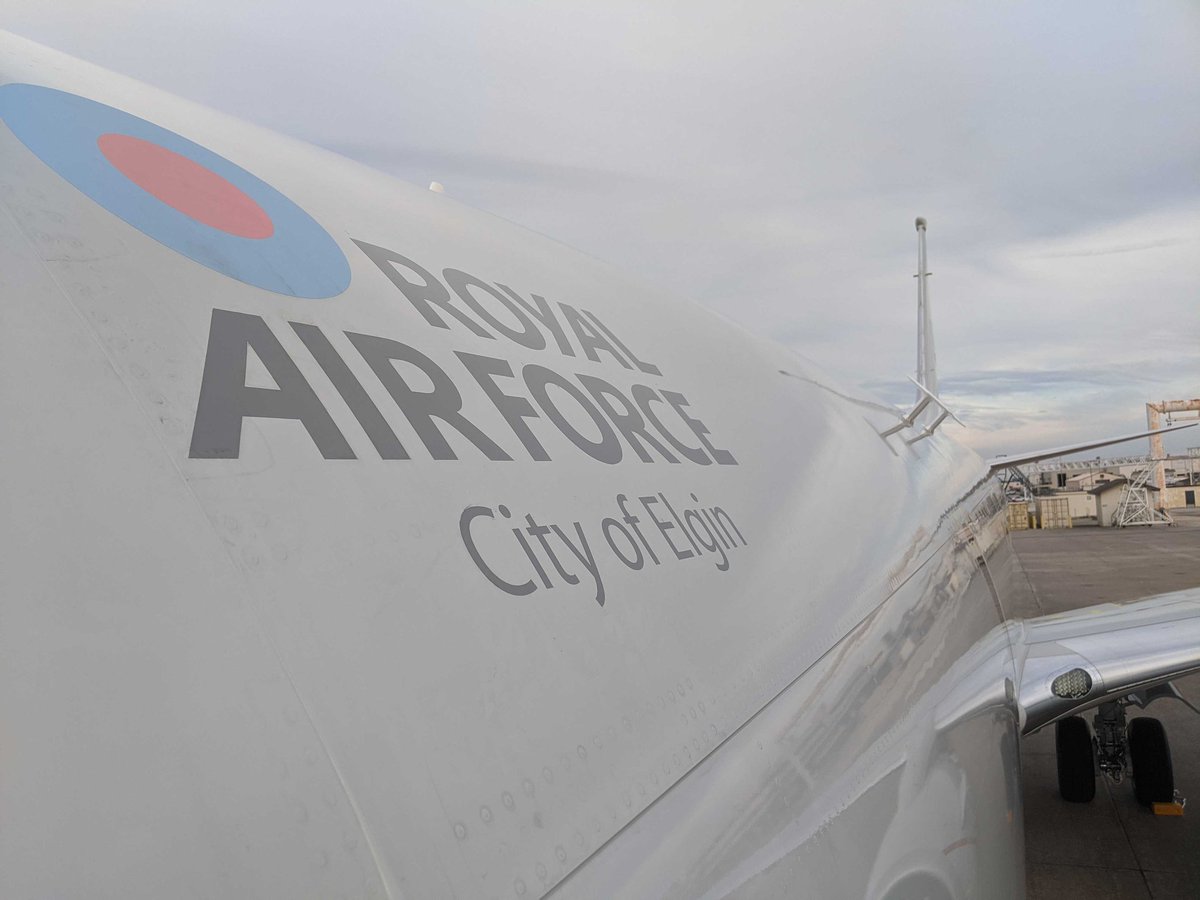 Futures names to include 'The Red Beastie', 'The Mosset', 'Joannas', 'The Thunderton' in no particular order other than the last must be Jo's (everyone eventually ends up there if for no other reason than a Good bar fight).
jimthelad

I wonder if the DoD's decision to pause production of the MQ-4C Triton will open up a brighter upgrades path for the P-8?
ArmChairCivvy

Possibly, but all three services seem set on reducing or halting existing programmes to fund the next big thing, which they hope will allow the to jump way out in front of possible opposition or at least stay ahead. I am getting a "Deja vu", feeling with reference to the US Army's FCS programme a while back. All that money invested and they came full circle back to heavy armour which they appear to once again be looking for lighter alternatives, especially in the Infantry Combat Teams.

As far as the P-8 goes, the focus seems to clearing as many munition as possible to maximise its capabilities, though as some appear to be more for use over land, I doubt we will show any interest, as our are now to be used purely over water, the former requirement now being dropped.
Lord Jim

Lord Jim wrote:our[s] are now to be used purely over water, the former requirement now being dropped.

as for the latter statement I have not read that anywhere... may be I have missed it
- the stay of execution of the 4 (remaining Bombardier) Raytheon jets must run out of 9 (?) lives at some point
- but then again, isn't the over-land capability for P-8s only coming onstream fro 2022 ? And they are dear; whereas the biz jets are all paid for and cheap to operate
ArmChairCivvy
Post Reply
1003 posts

Users browsing this forum: No registered users and 5 guests