Contains threads on Royal Navy equipment of the past, present and future.
Post Reply
30 posts Introduction
HMSML Gleaner (H86) is the smallest commissioned vessel in the Royal Navy with a length of just under 15 metres and a ship's company of just 9 (2 officers, 1 Senior Rating and 6 Junior Ratings). She was based in Devonport, Plymouth. The ship prefix "HMSML" stands for Her Majesty's Survey Motor Launch.

History
She was the sixth ship to bear the name Gleaner and was commissioned on 5 December 1983. With a top speed of 14 knots (26 km/h; 16 mph), Gleaner was designed to conduct inshore surveys along the south coast of England, though she has surveyed all around the coastline of Great Britain and visited various ports in Europe.

Gleaner also has the unique distinction of being one of a handful of Royal Navy ships to have visited landlocked Switzerland, having travelled up the Rhine to Basle in 1988. Earlier visits were by HMS Flintham and Dittisham in 1969, and HMS Sabre and Cutlass in 1979.

HMS Gleaner arrived in June and will be here until the middle of September.

The main routes she is surveying are used by the Royal Navy for conducting high speed navigation training.

HMS Gleaner’s work will only cover a small proportion of the entire Jersey territorial sea but that work is being carried out with sophisticated multi-beam equipment and analytical software.

It will be the first time such a thorough and relatively extensive survey has taken place in many years.

The data will lead to updated charts being produced by the UK Hydrographic Office in Taunton, for purchase by the public.

Mentions this is her last year in commission with a replacement expected in early 2018. Anyone heard about that?
cpu121

I wonder what will replace her?
Though we are not now that strength which in old days moved earth and heaven, that which we are, we are. - Lord Tennyson (Ulysses)
WhitestElephant

I would have thought one of the Atlas Elektronik workboats that have just been ordered would be a good contender:
https://www.gov.uk/government/news/new- ... -announces
The graphic specifically mentions hydrographic survey
The pessimist sees difficulty in every opportunity. The optimist sees the opportunity in every difficulty.
Winston Churchill
Caribbean

WhitestElephant wrote:I wonder what will replace her?

It was on another thread about the recently announced contract for work boats with Atlas Elektronik. It looks like it will be a Safehaven Marine Wildcat 60.

The different arms of the armed services liberally use the same names for what ever they happen to have, but within the same branch

Not a single British place could provide a small boat?
RetroSicotte

All depends on a certain point of view.

Not a single British place could provide a small boat?

There definitely are, the guys who built the QE crew transfer boats for example.

I think in this case it probably makes sense to purchase a single example of an established design for a very specific, specialist role. Better than asking someone to come up with something new.
Timmymagic

Never can escape the Black Swan. 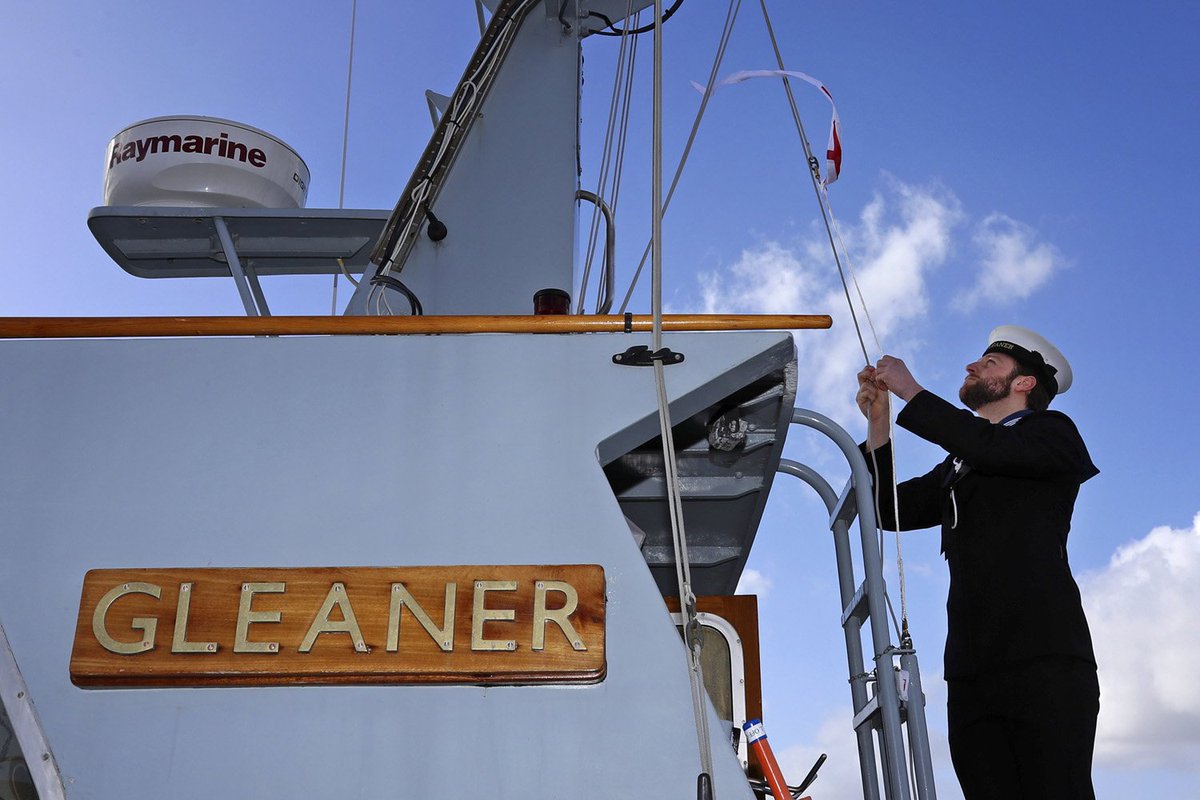 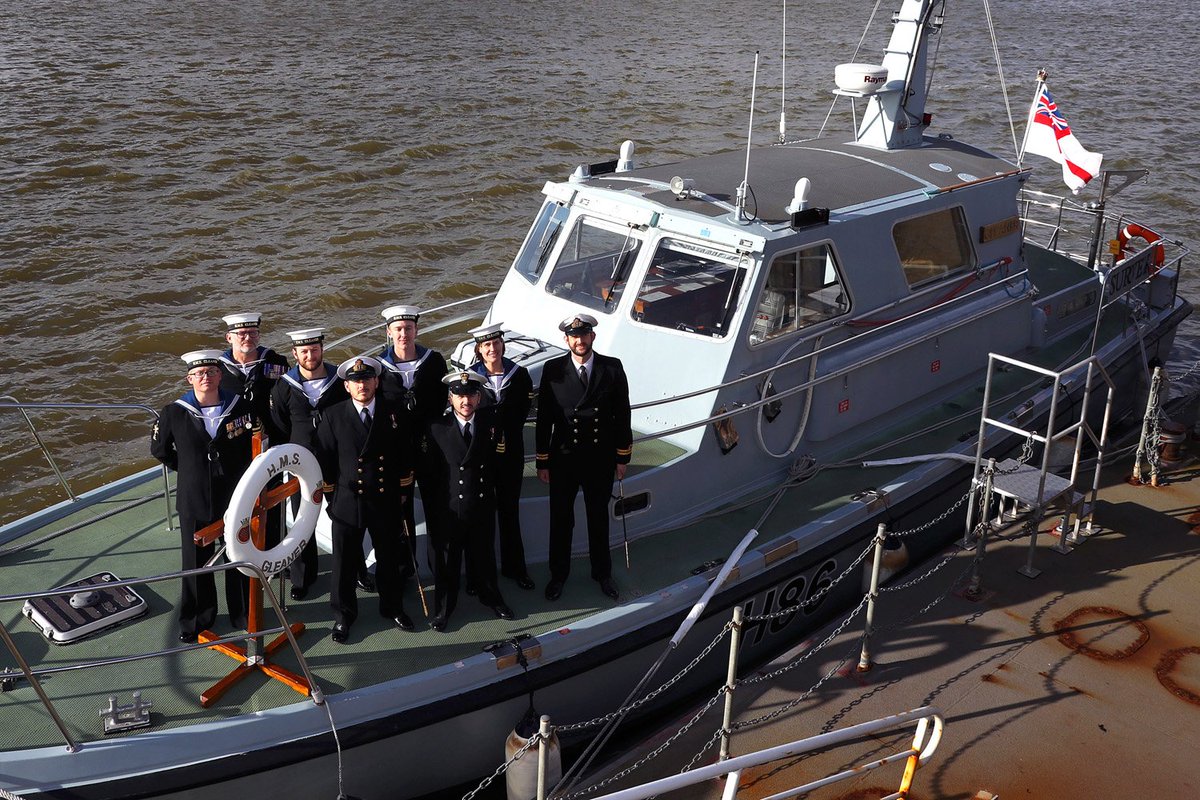 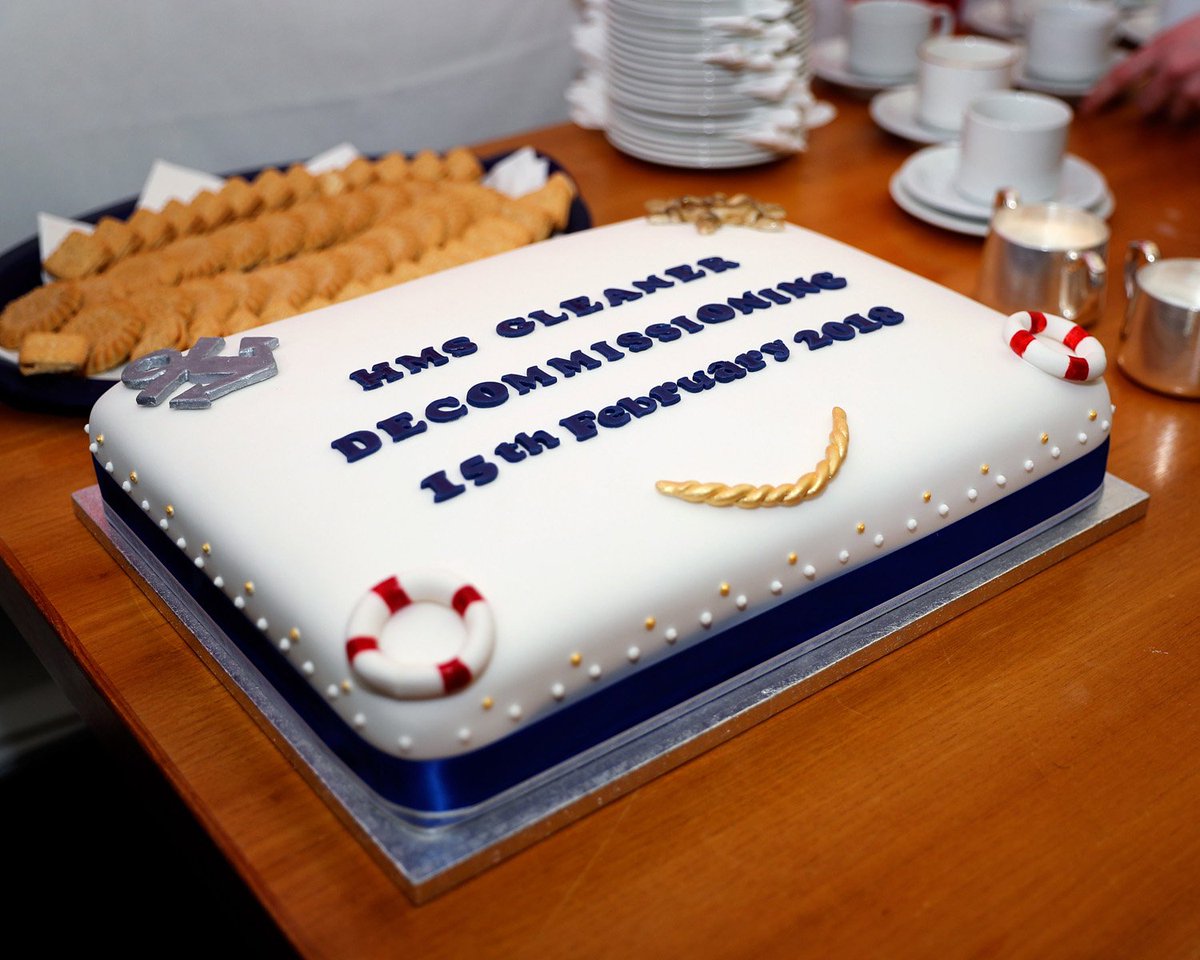 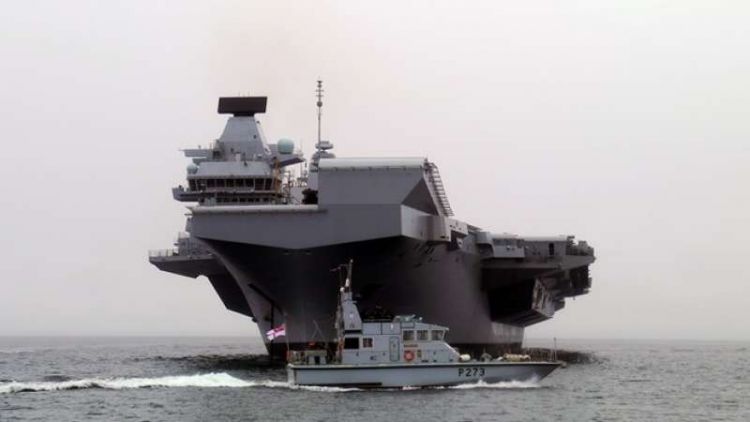 Smallest and Largest RN ships together in 2017.
SKB

Not sure of anyone has seen the recent pictures of HMS Magpie being moved for equipment fitting:

https://whitten.ie/news/hms-magpie-flies-the-nest
”We have no eternal allies, and we have no perpetual enemies. Our interests are eternal and perpetual, and those interests it is our duty to follow." - Lord Palmerston
Repulse

”We have no eternal allies, and we have no perpetual enemies. Our interests are eternal and perpetual, and those interests it is our duty to follow." - Lord Palmerston
Repulse

Is the the RN's first catamaran?
@LandSharkUK
shark bait 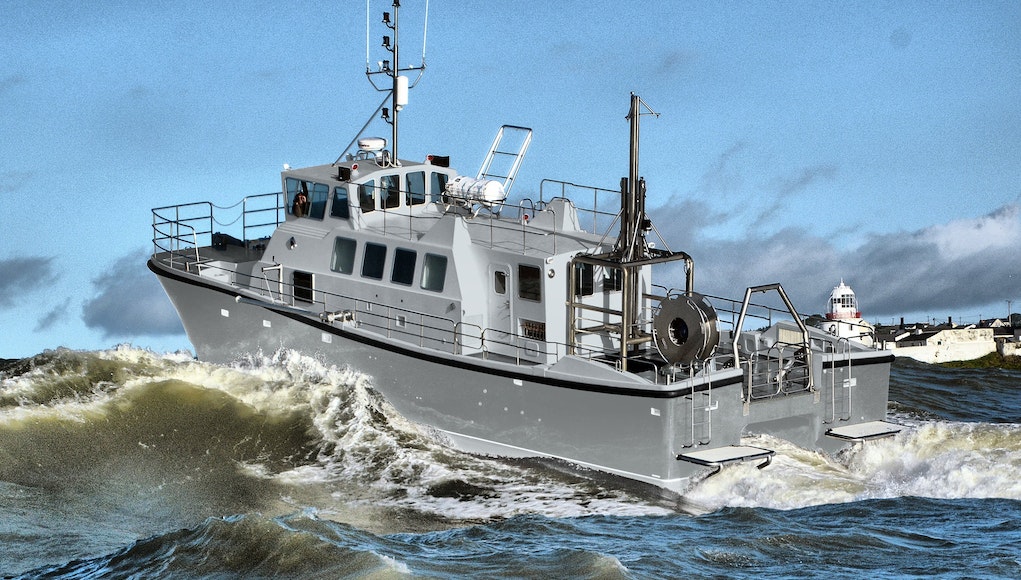 Introduction
HMS Magpie is a planned survey ship for the Royal Navy, intended for use on inshore and coastal survey work. Magpie is intended to replace HMS Gleaner and is due to be commissioned in May 2018.

History
In August 2017, the replacement for HMS Gleaner, the Royal Navy's existing inshore survey launch, was announced to be one of a total of 38 multi-role workboats of various sizes being constructed to undertake various duties. The main structure of the vessel was constructed by Safehaven Marine, a boatbuilding company based in Cork.

In February 2018, it was announced that the ship would be named as HMS Magpie. The type selected for the inshore survey vessel was based on Safehaven's Wildcat 60 catamaran design, the largest available at 18m in length, and with a displacement of 37 tonnes. Magpie was built to accommodate a crew of 12 for up to seven days, with the capability of operating in all weathers.

Following completion and initials trials by Safehaven Marine, Magpie was subsequently delivered to Atlas Elektronik UK (AEUK) for installation of its mission equipment. In April 2018, Magpie underwent further trials with its mission equipment installed, before final delivery of the launch to the Royal Navy for commissioning in May 2018.

As Magpie will be considerably larger than the vessel she replaces, the title of smallest commissioned vessel in the Royal Navy, which had belonged to Gleaner, passes to the two Scimitar-class patrol vessels based in Gibraltar. 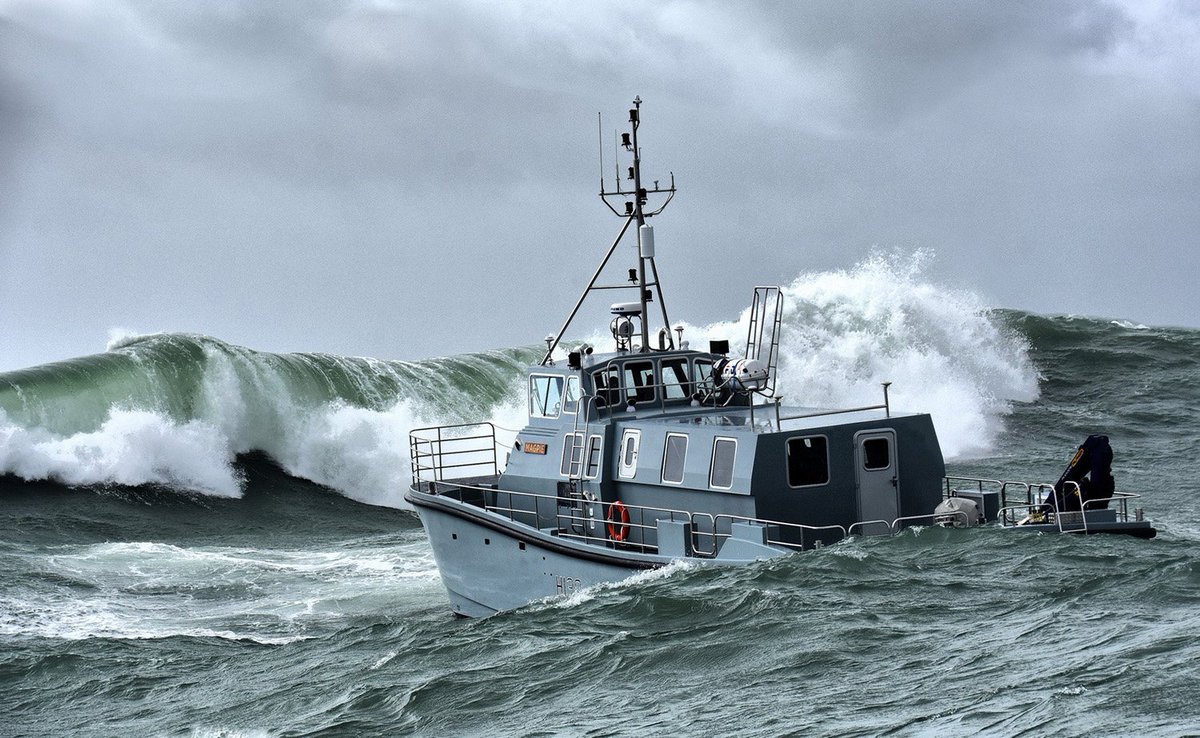 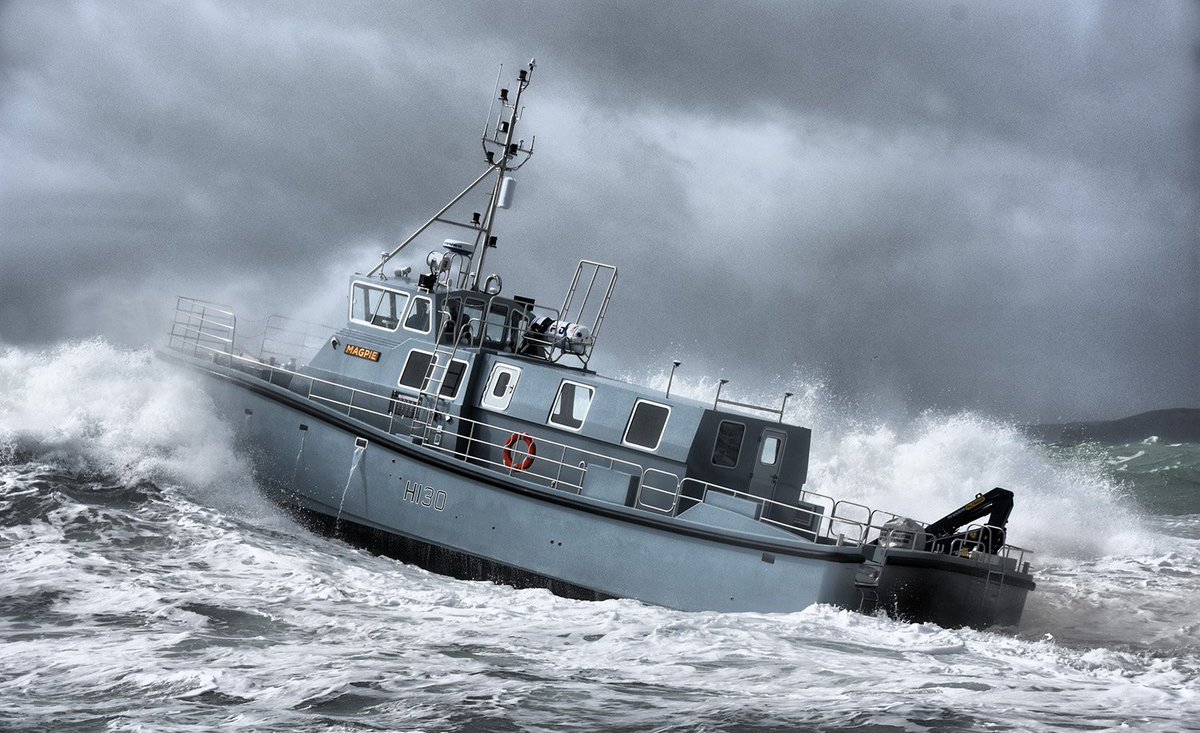 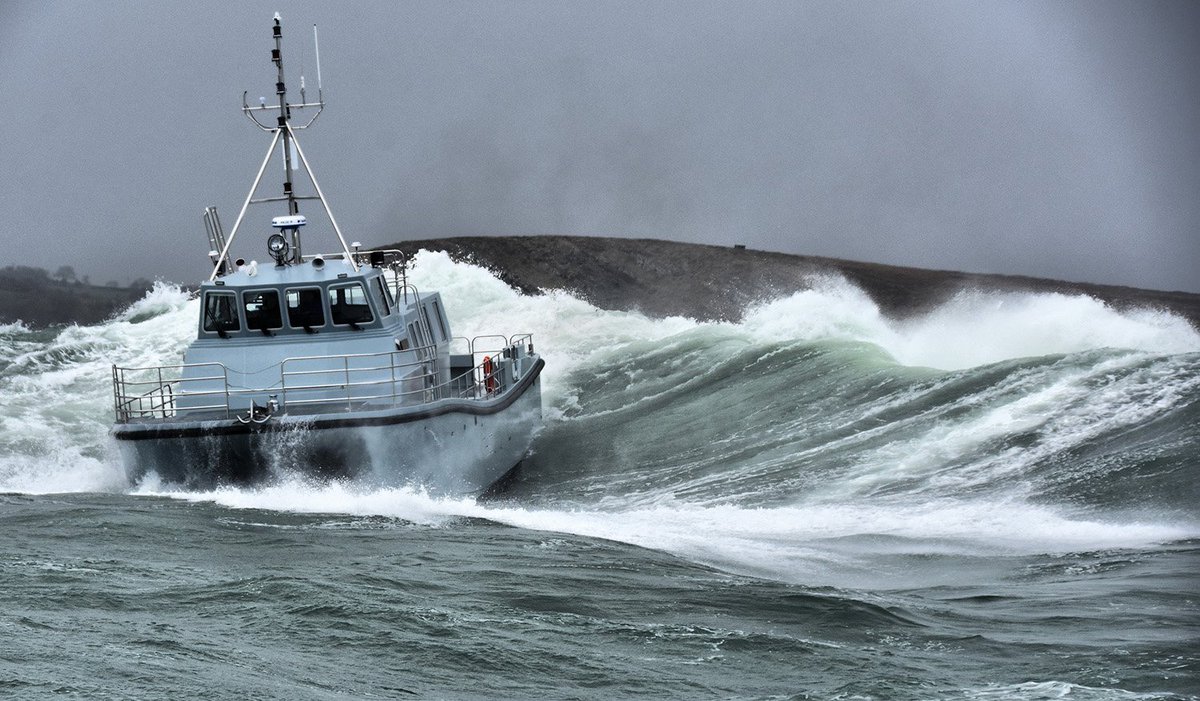 The Royal Navy’s newest vessel HMS Magpie has been in action already undergoing rough weather sea trials in the Irish Sea less than a month after being launched.

HMS Magpie is the newest addition to the RN’s hydrographic squadron, replacing veteran survey launch Gleaner which paid off earlier this year in Plymouth after 35 years’ under the White Ensign in HM Naval Base Devonport.

“Her primary role will be in maintaining the integrity of coastal waters, ensuring safety of navigation and resilience of key national infrastructure in UK ports. And with an enduring presence around the UK, she will also contribute to national security at sea.”

Cork shipbuilder Safehaven has delivered a replacement, an 18-metre catamaran based on the firm’s Wildcat 60 craft. Magpie is due to be formally handed over to the RN next month and be ceremonially commissioned into the Navy early in the summer. She will then join the rest of the hydrographic squadron in Devonport.